Sean Spicer Will Attend a Fundraiser for Geoff Diehl

Diehl served as co-chair for President Trump's 2016 campaign in Massachusetts and is challenging Elizabeth Warren for Senate. 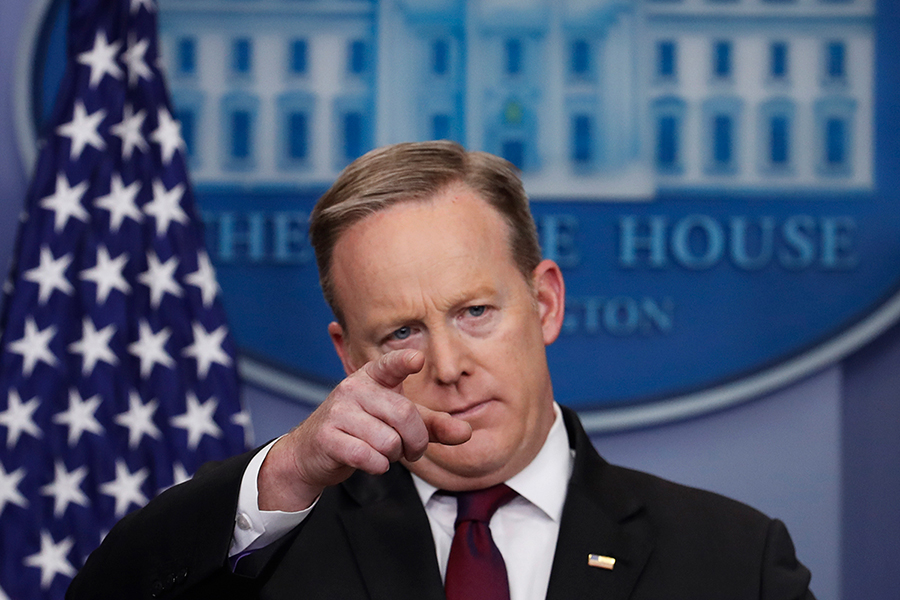 The race to challenge Elizabeth Warren for Senate is about to get Spicier.

Former Press Secretary Sean Spicer will headline a fundraiser for State Representative Geoff Diehl, one of three Republicans eying the GOP nomination ahead of November’s election. For $250 each, guests can join Diehl and the oft-mocked former Trump official at Union Oyster House in Boston on April 12. Holly Robichaud, a spokeswoman for Diehl, told the Boston Globe the campaign is aiming to have 50 to 60 people at the Spicer fundraiser.

Diehl has previously established ties to Trump world, so Spicer’s appearance isn’t exactly unexpected. The Whitman Republican, elected to the State House in 2010 in an upset victory, was the co-chair of then-candidate Trump’s campaign in Massachusetts during the 2016 election.

During his six-month tenure in the White House, Spicer served as press secretary and acting director of communications. The Rhode Island native had a tense and at times antagonistic relationship with the White House press corps, and his briefings became a target of Saturday Night Live. As press secretary, Spicer, who was named a visiting fellow at the Institute of Politics at Harvard Kennedy School last fall, repeatedly made false statements from the podium.

A WBUR poll released earlier this month indicated Warren holds a more-than 30-point lead over her challengers in the 2018 election. The majority of Massachusetts voters said they had never heard of Diehl, the former Mitt Romney aide Beth Lindstrom, or the businessman John Kingston, both of whom are also vying for the GOP nomination. Diehl holds a slight lead over the Republican field, but just 9 percent of voters said they had a favorable view of him, while 72 percent said they had never heard of him.