The transit agency is starting some crowded routes at an earlier hour and adding additional runs to others. 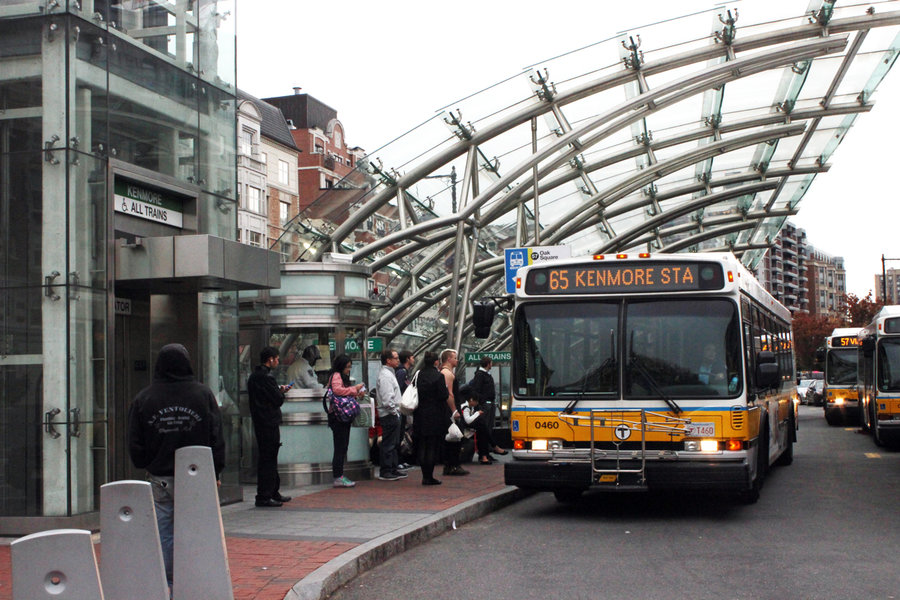 The early bird gets the worm, and soon, the bus.

Next week, the MBTA will kick off enhanced early morning service on 10 high-demand routes. Some busses will start running as early as 3:20 a.m., while additional rides will bolster the pre-dawn schedules of other routes. Buses including the 65 between Brighton and Kenmore; the 70 between Waltham and Cambridge; and the 109 between  Malden and Charlestown will be affected by the changes, among others.

The added service, which will be tested for a year, aims to ease the pressure on some of the MBTA’s busiest busses, particularly ahead of the morning commute. T general manager Luis Ramirez told the Boston Globe that starting rides earlier “means we’ll have more capacity freed up for people who leave later. … The idea is to provide a consistent service throughout the rush hour.” The logic goes that giving people the chance to start their day earlier will alleviate the all-too-familiar pains of having to elbow your way onto a bus during peak commuting times.

The early-morning pilot program was approved last summer and fills part of the void left by the MBTA’s absence of late-night weekend bus and subway service. In 2016, the agency pulled the plug on overnight rides due to low ridership and cost concerns, and it has since struggled to find a solution to the service gap. The MBTA reopened the prospect of late-night commuting in January and requested ideas from vendors to shuttle passengers on a route from Mattapan through downtown, East Boston, Chelsea, and Revere. But in March, the agency announced its call for help had not been answered; no companies submitted proposals.