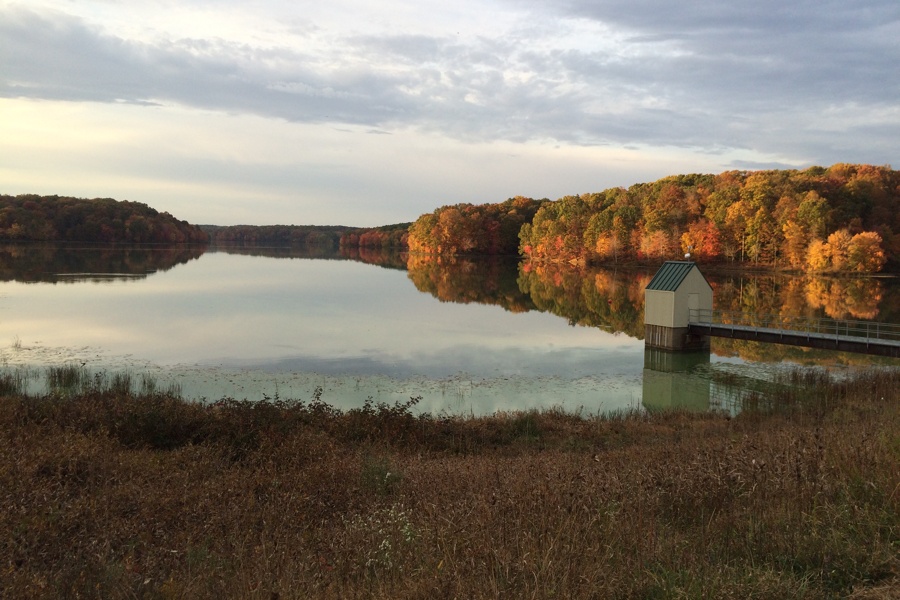 MTB ride to the local pond on a crisp fall evening to watch the sunset and be alone.

Walden Pond, the Concord natural resource that inspired Henry David Thoreau’s famous book Walden; or, Life in the Woods, is being soiled by years and years’ worth of swimmers’ pee.

That’s according to a new study from Dr. Jay Curt Stager, a researcher at Paul Smith’s College in the Adirondacks, and a team of co-authors, who documented significant changes to the pond’s ecosystem over more than a century. A surge in the pond’s level of phosphorous and nitrogen, which is found in human waste, is feeding algae in the water, which can block the sun and devastate fish populations if left unchecked, the report says.

“More than half of the summer phosphorus budget of the lake may now be attributable to urine released by swimmers,” the report reads, damningly.

We may have Thoreau partly to blame for this problem. The transcendentalist’s famous writings, the report notes, clued in generations to the body of water’s beauty, and over the years it became a major attraction for tourists and locals alike. Thousands now visit Walden Pond every year to hike, picnic, lounge, swim, and, horrifyingly, to relieve themselves.

In an interview with Inverse Science, Stager described the dire situation this way: Walden Pond is “teetering on the brink of being loved to death.”

Urine is but one of many problems that have impacted the ecosystem of the pond. Construction, landscaping, deforestation and path-clearing near the pond are also cited in the report, as is a decision in 1957 to enlarge the pond’s popular beach. This is apparently what human beings do to beautiful things in nature: We ruin them.

The report says it’s crucial that we cut down on the unwelcome nutrients pouring into the water as soon as possible, especially given that our climate is slowly getting warmer and wetter, which will further stress the pond. One of the study’s co-authors, Boston University’s Richard Primack, has written previously about changes seen in the pond’s plants, birds, fish, and insects in the years since Thoreau’s infamous sojourn at its shore.

They recommend “swimmer-education programs” (to teach visitors, for example, what is and is not a toilet), and suggest that Concord consider building another swimming pool nearby, the better to keep visitors, and their bladders, far away.

In the meantime, if you’re going to visit this treasured landmark this summer, and you plan on taking a dip, do Mother Nature and your fellow swimmers a favor: Hold it.