His "hateful, bigoted comments" have provoked a protest. 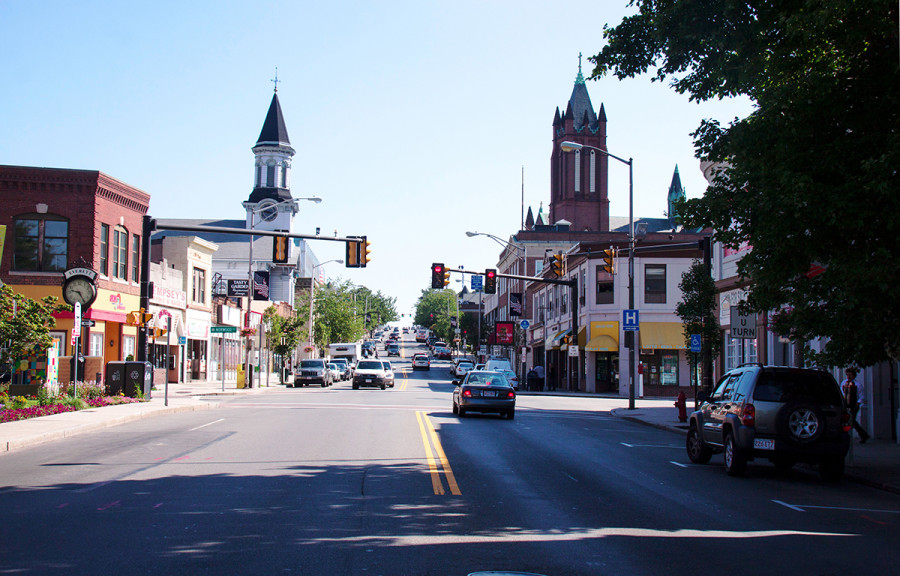 A series of comments on a local Facebook page have landed Everett City Councilor Stephen Simonelli in a whole lot of trouble this week, prompting a planned Monday night protest and a condemnation from the city’s mayor.

Simonelli has been accused of racism after several rambling comments Wednesday on an Everett Facebook page, in which he appeared to lash out at the city’s population of immigrants.

One of them, captured in screenshots, shows Simonelli responding to a post from another user, who wrote, “You know when your [back] in Everett when..A nasty Haitian woman cuts you off doesn’t use her directional light and you pull over to tell her what she did wrong, and she yells at you and tells you to shut-up #TEMPTEDTO GETOUTOFMYCARANDKILLSOMEONE!”

Simonelli had this to say about that: “Hallelujah,” he wrote. “We say learn how to drive the rules of the road learn language stop complaining should be grateful for just beung [sic] here we Know you nothing but you want every thing.”

The exchange was first reported on a local blog called the Everett Stimulus and has since been amplified by Boston 25 News, which reports the city’s Haitian community is “furious” about what they say was a “degrading and disrespectful” tirade.

“This past weekend I was disgusted and saddened to read prejudiced and hurtful comments on a social media platform made by certain individuals within our City. I condemn these statements in the strongest of terms,” DeMaria wrote. “The City of Everett is truly a diverse community, and has been for generations. We are one of the fastest growing immigrant cities in Massachusetts and are proud of that. Many new Americans call the city home. That is our strength. By embracing and assisting all Americans, we flourish together. We simply cannot turn our backs and remain silent when we hear hurtful comments.”

Now activists from Our Revolution Everett are calling on Simonelli to step down, and have organized a “silent protest” at Monday night’s planned City Council hearing to condemn his “hateful, bigoted comments.”

“This is the most recent incident in a long history of inappropriate behavior, written and spoken, and campaign advertising. Our Revolution wants to help citizens organize to protest this councilor’s words and counter his hatred with a welcoming force for the city,” the group wrote in the description section of a Facebook page for the event. “We want to send the message that we will not tolerate hatred and bigotry, and no one should be made to feel unwelcome. Many of our members who will be in attendance will also be asking for councillor Simonelli to do the right thing and step down.”

In December, Simonelli opposed a resolution in support those in the city who benefit from DACA and Temporary Protected Status, arguing that, “We have to take care of our own first,” and that he wanted to see “Everett keep Everett people first,” according to the Everett Independent. A blogger who confronted him about other anti-immigrant Facebook comments claims the councilor told him to “go back to where you came from.” In campaign materials shared by the Our Revolution group, Simonelli vowed to “fight to keep Everett, Everett.”

In a statement Monday evening, Simonelli apologized for his comments and denied that they were “racist, bigoted or hateful”:

First of all, I want to apologize if I offended anyone with my comment on social media. It’s not in my character to hurt, harm or upset anyone. I was expressing an opinion on a Facebook post; something I now regret. However, I never said nor would I ever say anything racist, bigoted or hateful. I was simply commenting on a post. Any insinuation that my comments were racist are an attack on me and the work I’ve done for our community. It is my intent to only serve my community, a city I serve with pride. For generations my family, who immigrated here, has been apart of this community, helping neighbors and citizens. That is something I still strive daily to do. I am proud of the immigrant roots of our city, and I will continue to support them in any way that I can.