Mike Pence Is Coming to Boston for an RNC Fundraiser

The vice president will be here for an up-to-$35,000-apiece RNC fundraiser. 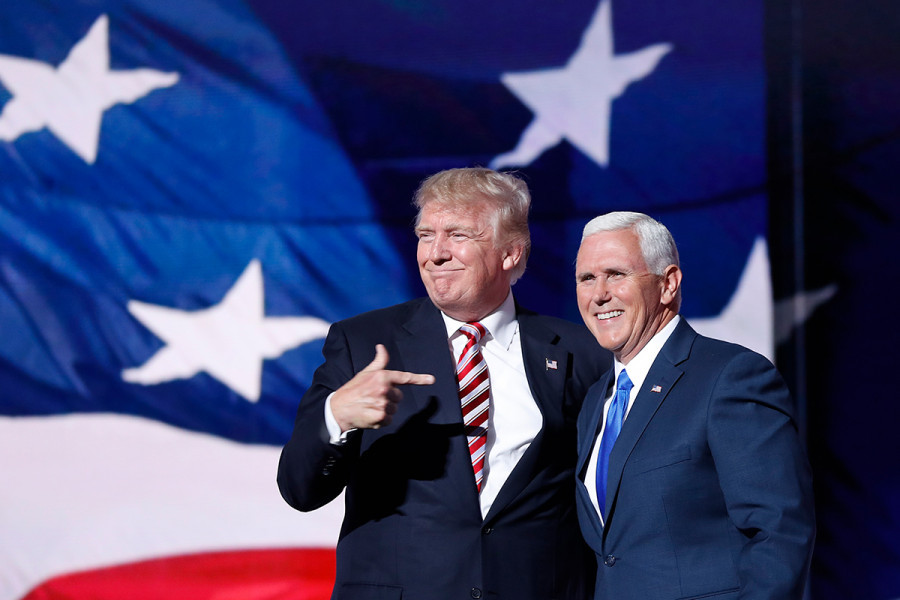 The VP is scheduled to arrive in Boston at 4:15 (just in time for his motorcade to join us for the commute), according to the State House News Service, and then he’ll be cavorting with deep-pocketed donors at the Langham Hotel. It’ll be closed to the press.

An invitation to the soirée, shared online by the Boston Globe‘s Josh Miller, indicates that a photo op with Pence costs $15,000 per couple. A $35,000 donation gets you access to a roundtable discusion with him.

Gov. Charlie Baker—a Republican and a Trump critic—does not pan to attend, the News Service reports. Baker and Pence have spent time together before including at an Indiana Inaugural Ball, when the governor was a guest of the vice president-elect, and Pence once reportedly spent 20 minutes trying to convince Baker to vote Trump in the 2016 election, during a meeting of the Republican Governors Association. No dice. Baker also sat out the Republican National Convention that year. Speaking with reporters, Baker said we should read too much into his absence at the event. “I’m not sending a message. I’m just not going to be here because my calendar has other stuff on it, which is important,” he said. He’s scheduled to appear at a meeting of the SouthCoast and Bristol County chambers of commerce Tuesday night.

The Globe, which reported on the planned fundraiser in March, says Pence has spent a big chunk of his first year-and-change in office on the road (as did his predecessor Joe Biden), and is ramping up his appearances away from Washington in the first part of this year. Stops so far have included an appearance last month in New Hampshire.