The market, organized by Boston Young Black Professionals, will take place at the Seaport's District Hall. 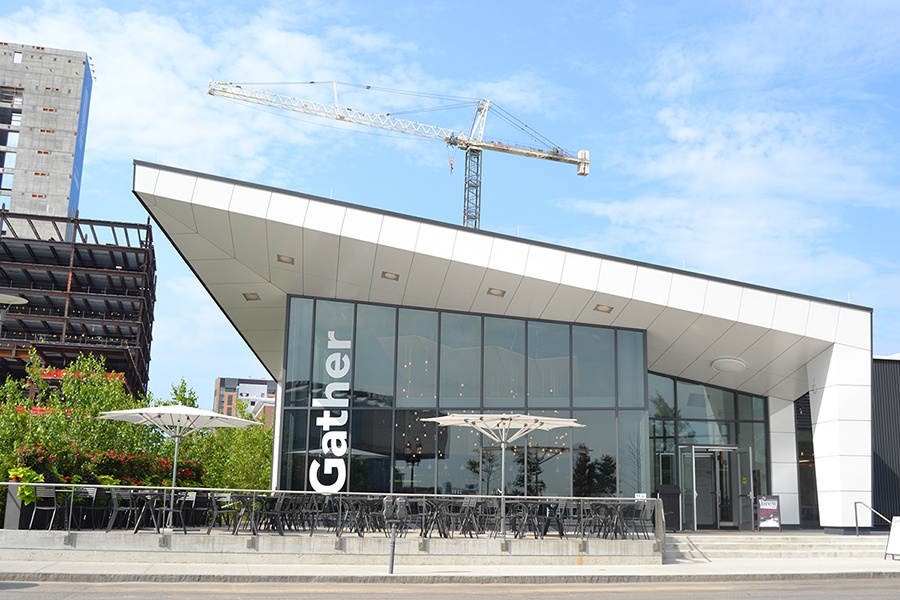 Opening a new business in Boston’s challenging rental market can seem like an insurmountable task. With sky-high prices and intense competition for space, it’s no wonder many entrepreneurs—from holiday crafters to ramen makers—opt to test the waters with a pop-up. And a new initiative from Boston’s Young Black Professionals, a networking and community group, aims to give some of its 2,000 members a chance to see if their ideas will sink or swim.

The inaugural Black-Owned Business Pop-Up Market kicks off on May 19 at the Seaport’s District Hall, and continues monthly through December. Visitors will have the chance to peruse the wares of dozens of vendors ranging from silk makers to visual artists, in addition to exploring the nearby waterfront area. Organizers say they hope the market will bring community members together and provide a lower-cost platform for aspiring entrepreneurs to show off their talents.

“Boston is a very expensive city,” Quontay Turner, who helped put the event together, says. “It’s just hard financially to get the money that you need to start a storefront. A lot of great opportunity lies in these pop-up markets where it’s not necessarily having to own market-front space or pay monthly rent.”

Establishing a new small business is no small—or cheap—task. Turner, who will sell her own designs of repurposed vinyl records at the market, says there’s a huge cost barrier for creatives looking to break into Boston’s commercial scene. Just reserving stall space in some markets around the city can ring up hundreds of dollars in fees, not to mention the material and time costs required for artisans to break even. To make their pop-up more accessible, the Young Black Professionals group is offering vendors space in District Hall for $50, and though the market’s vendor capacity is filled for its debut, spaces are still available on several subsequent Saturdays.

In addition to giving minority-owned businesses the chance to enter the market at a reasonable price point, Laniesha Gray, who helped organize the event, says the location had extra appeal given recent reporting by the Globe about the lack of diversity in the neighborhood. The Boston Globe’s December Spotlight series on race in the city homed in on the homogeneity of the area, noting that just 3 percent of Seaport residents are black. By hosting the market at District Hall, organizers say they hope community members who haven’t explored the area will take advantage of the chance to do so.

“It’s a really great venue for the market to introduce diversity in the area, but also to introduce a lot of existing businesses to a different part of the city that they might not have had opportunities to vend in before,” Turner says.

Organizers want the market to put Boston in the same conversation as cities like New York and Washington, D.C., both of which have been home to similar events. It will be a space for entrepreneurs and customers alike and help chip away at Boston’s reputation for being inhospitable to people of color, Gray says.

“A lot of times people will say, ‘Oh, Boston’s a really tough city to be in, and to grow in, and to thrive in,’ which makes me sad, being from here and knowing that there’s so much here and so many opportunities,” Gray says. “It’s just hard to always find ways to tap into it, so I think we’re just hoping people can see it as an opportunity and as an example of all the great things to come.”

A previous version of this story indicated in the headline that this is the first black-owned pop-up market in Boston. It is the inaugural pop-up market put on by the Young Black Professionals.