This Fall, You Can Fly Direct from Worcester to Philly

From the Heart of the Commonwealth to the City of Brotherly Love, in an hour. 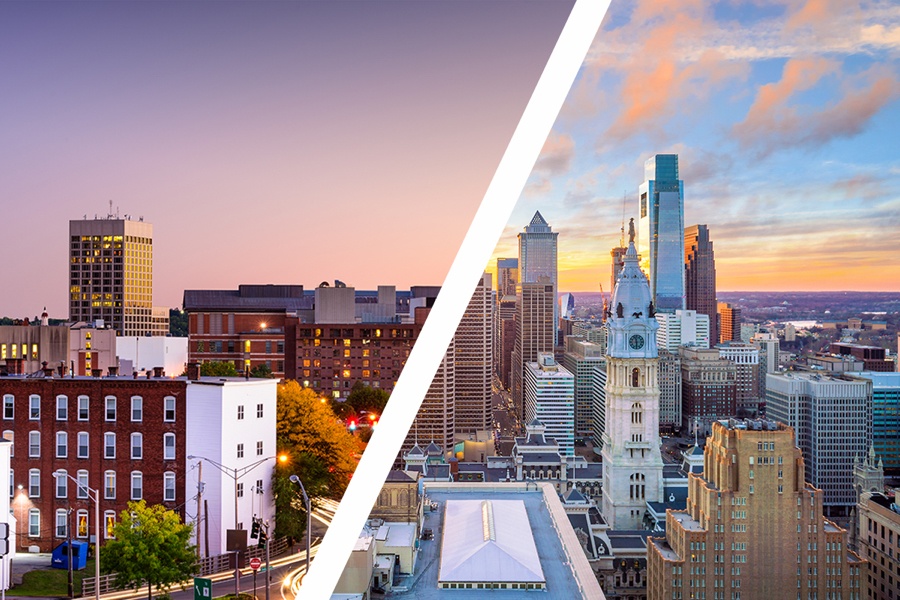 In a big boost for Massachusetts’ second-largest city and its airport, and for everyone outside the 495 belt who would prefer to avoid the hassle of getting to Logan at all costs, Worcester is about to begin daily flights to Philadelphia.

Beginning in October, American Airlines will start running daily flights to the Pennsylvanian city at 9:30 a.m., and Philly-to-Boston flights at 8 a.m.. Travelers will be able to jump from one city to the other in about an hour, officials said Monday. It’s not yet clear how much tickets for the flights will cost.

It’s also only the latest major move for the airport, which officials have sought to expand in recent years and which has, according to the Worcester Telegram, is “toiling to remake itself” into a powerhouse and a hub for commercial airlines. JetBlue began offering flights to Florida out of Worcester in 2013 and will add flights to New York next month.

It’s a very big deal. To illustrate this, MassPort Board of Directors Chairman Lewis Evangelidis had an apt comparison: “The day JetBlue announced was sort of the day we brought Bill Belichick to New England,” Evangelidis said at a press conference, according to the Springfield Republican. “And then, very similarly, I think this day will be looked back on as the day we drafted Tom Brady.”