An anti-regulation campaign for the home rental business in Boston came up short. 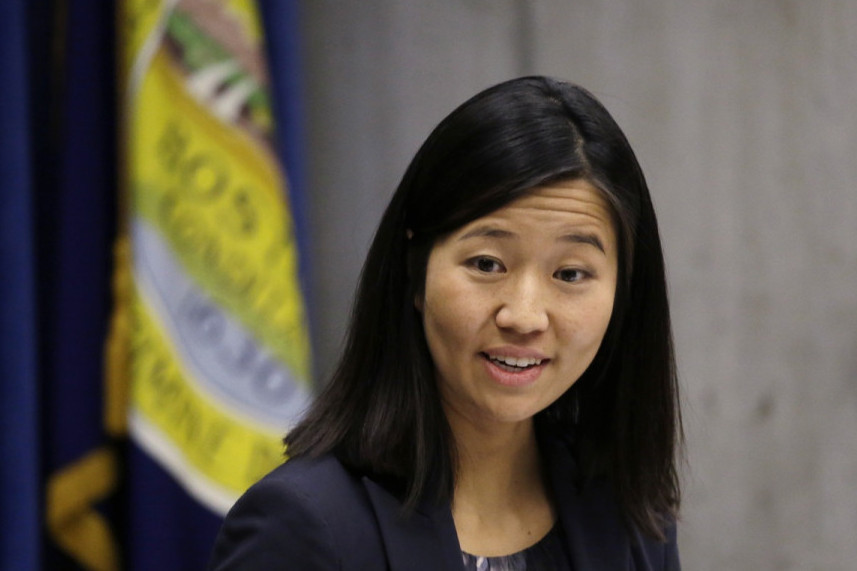 The short-term rental company this week blasted a message to its Boston users urging them to spam Wu’s inbox with opposition against suggested new regulations—but the effort has been panned by critics.

.@Airbnb has sent out an E-mail to Boston area residents urging people to call Boston City Council President @wutrain & urge her to drop what they call “unreasonable” restrictions on city rentals pic.twitter.com/MOGn2GvKGv

The council had been considering a bid from Boston Mayor Marty Walsh to reform Airbnb rules, including new fees, oversight, and limits on how often a home could be rented out via the app. The bid has since been withdrawn while officials hammer out more details.

Airbnb’s email, which apparently was sent to thousands in the city, called the proposed changes “unreasonable,” singled out Wu specifically, and accused her of being “aligned with big hotel interests against the interests of regular Bostonians.” It urged users to press a button to send an email voicing their disapproval directly to her office.

But Wu quickly fired back, blasting the message as “fake news” and openly mocking the company for getting the facts wrong. The email criticized a “30-day cap on unhosted stays,” but an amendment filed by Wu included no such thing.

Interesting strategy, @Airbnb. No changes proposed since last amendment w @LydiaMEdwards. Not sure where you’re getting 30-day cap, but spreading fake news doesn’t bode well for credibility that you’ll be a partner to the city as we work to address the housing crisis #bospoli https://t.co/Txle5nWQHf

I haven’t proposed a 30-day cap. No one has. Seems very irresponsible to me that @Airbnb is spreading misinformation perhaps in order to improve their bargaining position. Here’s the original proposed amendment: https://t.co/Tq461OgmHX #bospoli https://t.co/QHa15HdC6d

Wu also tweeted out examples of Bostonians sending her messages of support for new regulations, which housing activists say will help fight back against Airbnb taking apartments off the market and driving up the cost of rent.

Also have been getting emails in SUPPORT of reasonable short-term rental regulations off this @Airbnb blitz. The unregulated status quo is deepening our housing crisis; we’re working on policy that balances benefits of homesharing for residents while closing corporate loopholes pic.twitter.com/FLSmZjMVbQ

And it’s worth noting that Wu is not in bed with the hotel industry, as UniversalHub has pointed out, citing campaign finance data.

Still, as the Boston Globe reports today, Airbnb is not backing down, saying Wu’s proposals are “anti-tenant, anti-middle class and would violate the privacy of Bostonians sharing their homes,” according to a statement from Airbnb spokeswoman Crystal Davis. “While thousands of longtime Bostonians are using home sharing to pay the bills and stay in the city they love, Wu’s overly restrictive proposal will do more to push them back.”

It’s hard to overstate how poorly Airbnb, which is based in San Francisco, is reading the room in Boston, a city adept at sniffing out bullshit and well-primed to push back online. They also picked a non-ideal opponent in Wu, who has a strong base of support (and a reputation for being a trailblazer for Asian-American women), and who also happens to be pretty good at Twitter.

Wu, by the way, isn’t the only Boston official who has supported changes to Airbnb regulations. City Councilor Lydia Edwards has, too (and she recently accused Airbnb of “price-gouging” during the Marathon). Mayor Walsh has been cheerleading for new restrictions on the service for months. So why are they coming for her, specifically? It’s unclear.

Several of Wu’s colleagues have since come to her defense. “I stand with my friend & colleague @wutrain when it comes to reasonable regulations for short-term rentals,” wrote Councilor Ed Flynn. “We must look to protect our housing stock from ‘investor units’ and displacement of residents, as well as addressing public safety & quality of life issues.” Added City Councilor Lydia Edwards:”We stand by our proposals and choose community over corporate interests,”  “We must be doing something right.”

As far as corporate astro-turfing goes, this one was a big mess.

Airbnb has released the following statement:

Airbnb supports the regulation of home sharing, which is why we’ve been working hand-in-hand with the City of Boston and local communities on reasonable rules for the last two years. Our goal is and has always been to work in good faith.
In the past few months, several different approaches and amendments have been proposed. We represent thousands of residents across Boston who were concerned about where the regulations were heading. When our members get concerned, we want to make sure they have a voice.
We’re encouraged to see that Councilor Wu does not support a night cap on home sharing, and we look forward to getting back to working collaboratively with the city to put fair regulations in place that will benefit Boston and the people who support themselves and their families every day through home sharing.
Read More About:
Spencer Buell Staff Writer at Boston Magazine @spencerbuell
sbuell@bostonmagazine.com
You Might Also Like