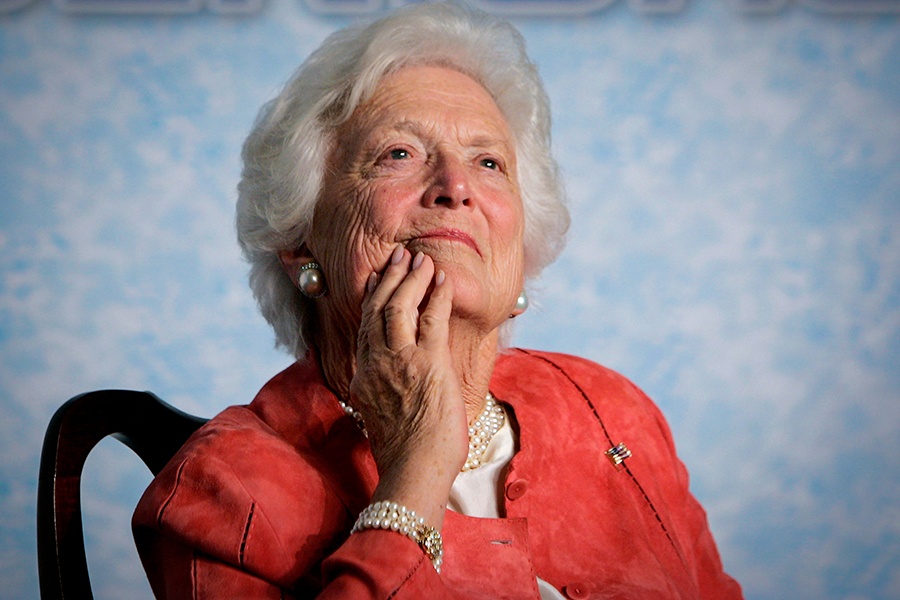 Political leaders across New England memorialized former First Lady Barbara Bush as a graceful, compassionate public servant on Tuesday following the announcement of her death. Bush, who was 92 when she passed away at her home in Houston, was the first woman to be the wife of one president and the mother of another since Abigail Adams. A fierce literacy advocate, the former first lady was known to speak her mind, even if it occasionally got her into trouble.

Bush was a prominent fixture at her family’s summer compound in Kennebunkport, Maine, and a children’s hospital in Portland bears her name. Holbrook native Andrew Card, who worked in George H.W. Bush’s administration, told the Boston Globe that the former first lady embodied integrity, and “was notorious for being unvarnished in her critiques.”

I had the chance to meet former First Lady Barbara Bush on several occasions & also watched her interact with rooms full of people. Tons of grace & charm. Thank you for your service to our country. RIP.

I always admired her ability to cut through the noise and speak with conviction. She was a wonderful First Lady and First Mom. We’re sad to see the Bush family matriarch come to her final rest – she was blessed with a good and long life.

Devoted mother, loving wife, beloved leader. Barbara Bush was a woman of unique American grace and integrity. She was devoted to the nation, and we loved her in return. We grieve for the Bush family and offer our prayers and condolences.

Barbara raised a family of service & character, stood by her beloved husband in the best & worst of times, and spoke her convictions with courage & passion. The great First Lady of our times. Ann and I will profoundly miss her friendship, her compassion, & the twinkle of her eye.

With compassion and grace, Barbara Bush inspired generations of Americans. My deepest condolences go to President George H.W. Bush and her entire family.

My deepest condolences to the Bush family on the passing of former First Lady Barbara Bush. We honor the life she lived and her commitment to family and country. -MJW

Every summer for more than 20 years, I have visited President and Mrs. Bush at their Kennebunkport home. It was always one of the highlights of the year. I shall miss those delightful visits with her. My heart goes out to President Bush and to the entire family. (3/3)