The former Massachusetts governor and one-time Celtics fan mocked the star point guard for finding himself in foul trouble, and Twitter loved it. 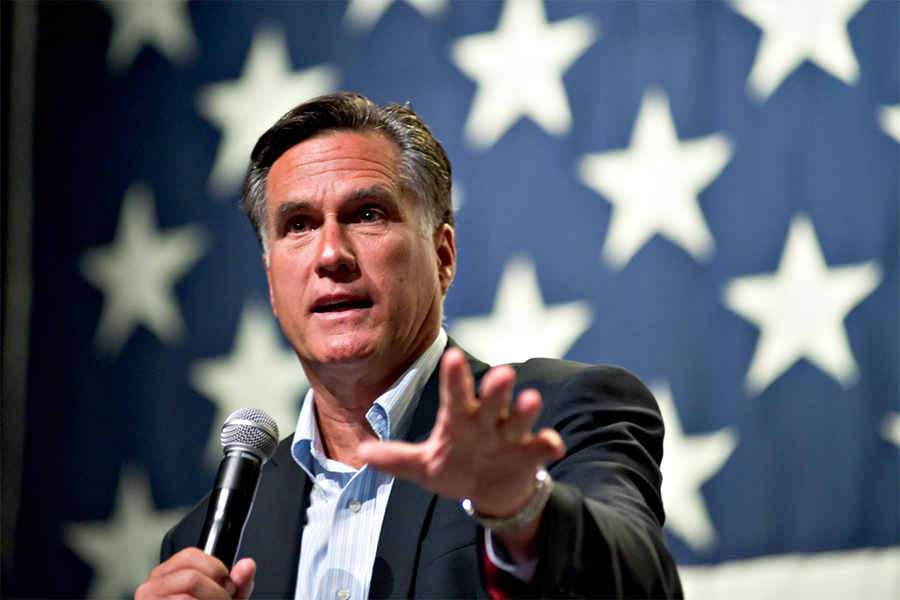 Mitt Romney, dressed in an oversized, personalized basketball jersey draped over a pressed dressed shirt, was very excited to be at last night’s Utah Jazz game.

The former Massachusetts governor and reluctant holder of an “I am a Celtic” towel whooped, clapped, and cheered during the playoff contest between the Jazz and the Oklahoma City Thunder. And in between the action during the series’ Game 4, the GOP Senate hopeful made sure to get in a little trash talk. Romney taunted Thunder point guard Russell Westbrook after the reigning MVP notched his fourth foul of the game.

This game has everything, including Mitt Romney taunting Westbrook lol pic.twitter.com/dGmu2v9RFy

no amount of triple doubles can make a soul come to terms with that pic.twitter.com/dllLGHBpM6