The comments came up when NFL team owners met with players to discuss kneeling protests during the national anthem. 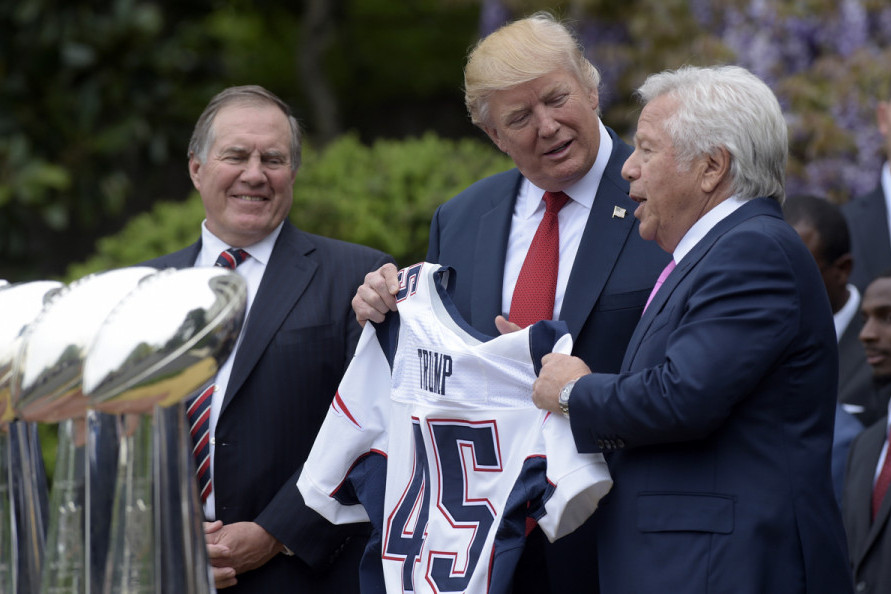 In public, Robert Kraft and Donald Trump have enjoyed a close friendship. They talk, they hang out, they support one another, and Kraft even wrote a check for $1 million to fund the soon-to-be president’s inauguration. He’s said he considers the president “a very close friend.”

But behind closed doors, according to reports from leaked audio, the Patriots owner has some sharp criticism to share about his buddy, the Commander-in-Chief.

According to the New York Times, which obtained a secret tape from a meeting of NFL owners and players following the Trump-fueled controversy over kneeling players, Kraft reportedly said Trump’s “mission” was not “in the best interests of America,” adding, “It’s divisive and it’s horrible.”

The New England Patriots owner Robert K. Kraft pointed to another “elephant in the room.”

“This kneeling,” he said.

“The problem we have is, we have a president who will use that as fodder to do his mission that I don’t feel is in the best interests of America,” said Kraft, who is a longtime supporter of Mr. Trump’s. “It’s divisive and it’s horrible.”

Kraft has been on the record opposing Trump’s comments about NFL players, who the president said should be fired or suspended for the kneeling protests. Kraft said in a statement at the time that he was “deeply disappointed” by what Trump said.

After the statement, Trump let his friend’s criticism go. “I like Bob very much, we’re friends — he gave me a Super Bowl ring a month ago, right? — so he’s a good friend of mine,” he said at the time. “I want him to do what he wants to do.”

It’s not clear what the president will say this time, though, as Kraft never before condemned him in such sweeping and negative terms.

In fact, when Kraft has shared his views on Trump’s mission, it’s typically been in the form of glowing praise. In May, he said Trump’s policies “are going to be great for the economic side of America.”

So this raises an important question: If the president isn’t acting in the best interest of the country, why support him?