Rep. Michael Chippendale said he was sorry for calling the Parkland survivor a "dummy" online, but noted he would not back down from defending the Second Amendment. 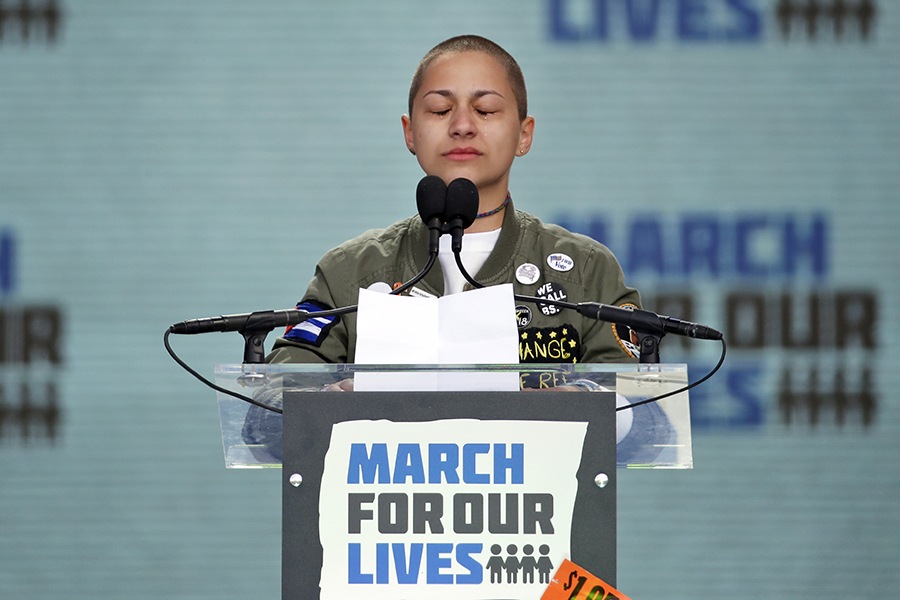 Since a gunman entered Marjory Stoneman Douglas High School in Parkland, Florida, on February 14 and killed 17 people, Emma Gonzalez has emerged as one of the nation’s most prominent young activists advocating for gun control.

She has helped organize a national school walkout, delivered emphatic speeches advocating for change, and galvanized people around the world to rally for reform.

But a Rhode Island lawmaker said he thinks she’s a “dummy.”

Republican state Rep. Michael Chippendale apologized Tuesday for insulting Gonzalez on Twitter, but said he will not back down from “zealously defending” the Second Amendment, according to the Providence Journal.

On Monday, Chippendale, who has an A+ rating from the National Rifle Association, responded to one of Gonzalez’s tweets about the shooting at a Nashville Waffle House. The Parkland student noted that the man who intervened to stop the gunman was not carrying a weapon, and wrote it “looks like you don’t need to arm a teacher (or a resource officer) to stop a shooting.”

In response, Chippendale wrote in a since-deleted tweet that had the man who confronted the gunman been armed, “the police still wouldn’t be searching for the gunman, and the entire region wouldn’t be on lockdown… dummy.”

Several people expressed disgust with Chippendale’s remarks on his public Facebook page following the incident. The representative is the latest adult to experience backlash for insulting high-school shooting survivors. In March, a Maine Republican—who has since dropped out of his race—referred to Gonzalez as a “skinhead lesbian” on Twitter; several advertisers pulled ads  from Fox News host Laura Ingraham’s show after she mocked Parkland survivor David Hogg for not getting into every college he applied to; and members of the Cape Cod community denounced Barnstable County Commissioner Ronald Beaty Jr. for insulting Hogg, whom he called “a self-promoting opportunistic rat,” in late March.