A Guide to Off-Leash Dog Parks in the Boston Area

Give your pooch the chance to roam free and sniff around at these eight spots in Boston, Cambridge, and Somerville. 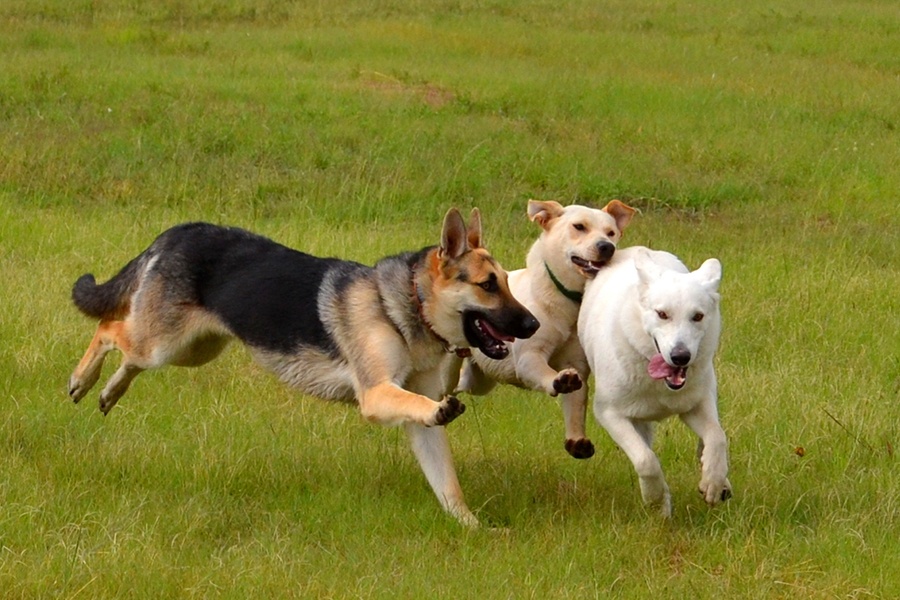 Dogs at Play by Jan Truter on Flickr/Creative Commons

From the Fens to the Esplanade and everywhere in between, Boston is chock-full of great paths for dog walkers—leash required. But sometimes, even city pups need a place to stretch their legs and sniff around. If you’re looking for a place to hang where your pup pal can roam free, we understand. Here are eight area dog parks that offer the chance to go off-leash.

When Mayor Menino hosted “The Grand Unleashing” at Peters Park in November 2007, he ushered in a new era of off-leash dog fun in Boston. The Joe Wex Dog Recreation Space is the city’s first sanctioned park where pups are allowed to run, jump, and play without being attached to their humans. The South End spot is also adjacent to gated tennis courts and a playground for kids. 1277 Washington St., Boston

The Bark Park has a separate section for smaller pups, so no need to worry about your tiny pooch tangoing with a bigger dog. The park is just off Carson Beach and offers plenty of shade for pets and owners alike to enjoy all summer long. 1280 Columbia Road, Boston

The world is filled with dirt and grime, but your dog park doesn’t have to be. With antibacterial turf and a state-of-the-art irrigation system to flush out waste every night, the North End Dog Park practically sparkles. The privately-funded, nonprofit-operated spot boasts a separate area for dogs under 25 pounds, an agility course, and misting hydrants. Prince St. and Snow Hill St., Boston

Renovated in 2013, the Richmond Street Dog Park is a haven for playful pups in the cramped North End. The fenced-in space has some bags for dog waste available on-site and offers a (small) place for pups to run around. 104-96 Richmond St., Boston

This fenced-in Allston outpost may be on the tiny side, but that doesn’t mean it’s not a great option for your furry friend to blow off some steam. The Mansfield Street Dog Park is near the Packard’s Corner Green Line station and features a double gate to keep pups safe. 488-556 Lincoln St., Boston

There’s nothing quite like a nice, refreshing swim on a hot summer day, and at Fresh Pond Reservation, your dog can take a dip in one of two on-site ponds to cool off. As long as your canine companion has a license from the City of Cambridge, the opportunities for off-leash fun the Reservation’s fenced-in area are endless. 180-220 Fresh Pond Parkway, Cambridge

Built on a former city landfill, today the expansive, 50-acre Danehy Park is surely treasure, not trash. The park is bustling with active people, ranging from joggers and soccer players to roving performers during an annual carnival. And in addition to a leash-free zone for dogs to run around, an on-site water spigot helps keep puppies cool and hydrated while they play. 99 Sherman St., Cambridge

Completed in 2010, Zero New Washington has all the bells and whistles your furry friend could need. From tunnels and ramps to drinking fountains and agility walks, the Somerville expanse is teeming with spots for your pup to explore. Gazebos and benches are also on-site for humans looking for a place to relax. 0 New Washington St., Somerville

This post was updated on April 30 with information about the RUFF North End Dog Park.