They’ll Do It By Sea: Boston’s New Plan to Rebuild the Long Island Bridge

Amid protest from Quincy, the controversial span would be built via barge. 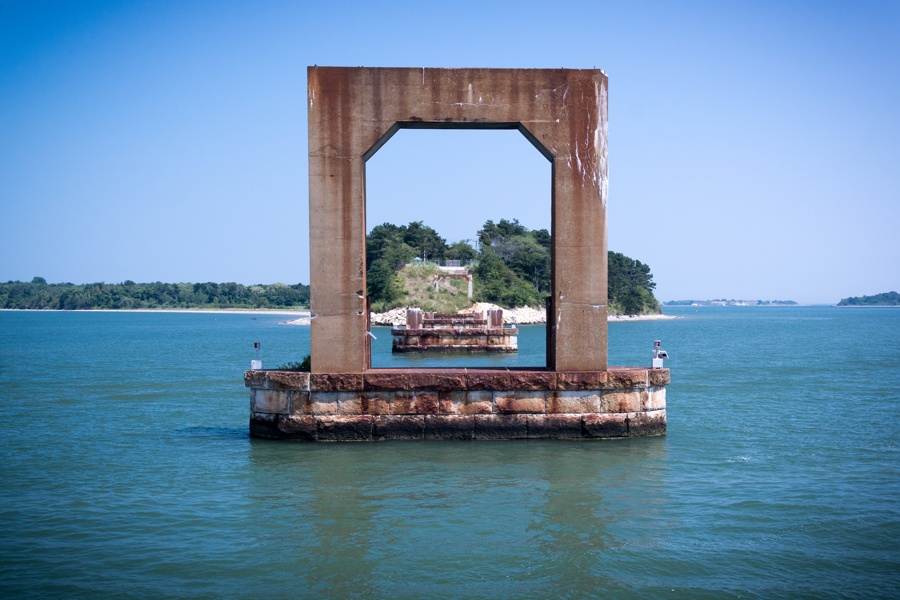 The controversial and long-awaited rebuild of a bridge connecting Quincy to Long Island in Boston Harbor appears to be a go, but with a twist: According to a new plan filed today, it would built by barge.

Boston officials on Wednesday said in a letter of intent for the project that the 3,400-foot-long span would be reconstructed by 2021 at an estimated cost of about $92 million. Thankfully, support beams that remain in Boston Harbor leading to the island are intact and can be reused, keeping costs from being much higher. So the plan is to build the roadway on land, then float the pieces out to the site and fit them into place. The method will also limit disturbances to the seafloor, officials said.

If those plans come to fruition, they will happen over the objections of the city of Quincy, which has protested the rebuild over concerns about a large-scale construction project in their backyard and the bridge’s impact on traffic, among other worries.

To recap how we got to this place, Long Island had served as a homeless shelter and addiction recovery center for decades, but Mayor Marty Walsh decided abruptly and without warning in 2014 to shutter the bridge and evacuate the island amid fears that the crumbling span might collapse. The closure eliminated hundreds of beds for the city’s homeless led to new stresses to the system on-land. Officials have since said that new shelter beds added in the city have made up for the 742 shelter beds and 225 recovery beds lost on Long Island. Boston officials now envision the island could be put to use as a hub for addiction recovery amid an ongoing opioid crisis.

“For many people, including myself, Long Island played a vital role in Boston’s recovery landscape — and it will again,” Walsh, himself a recovering alcoholic, said in a statement. “Tackling the opioid crisis means using each and every tool we have, and this is an important next step to ensure Long Island can serve as a resource for those in Boston, and those from surrounding areas, who are struggling with substance use disorders.”

Walsh promised early on to rebuild the bridge, but progress has stalled. His administration has been under enormous pressure to get the island and its vacant facilities up and running again.

Quincy officials and residents meanwhile have threatened to block the project from moving forward by taking steps that include bans on construction vehicles on roads leading to the site—threats that continued after news broke about the new bridge-by-barge plan. A spokesman for Quincy Mayor Thomas Koch, Chris Walker, told the Globe on Tuesday that the project is “ill conceived” and that his city is ready for a fight. One city councilor has even proposed issuing a subpoena for Marty Walsh.

But Boston is forging ahead, by sea.