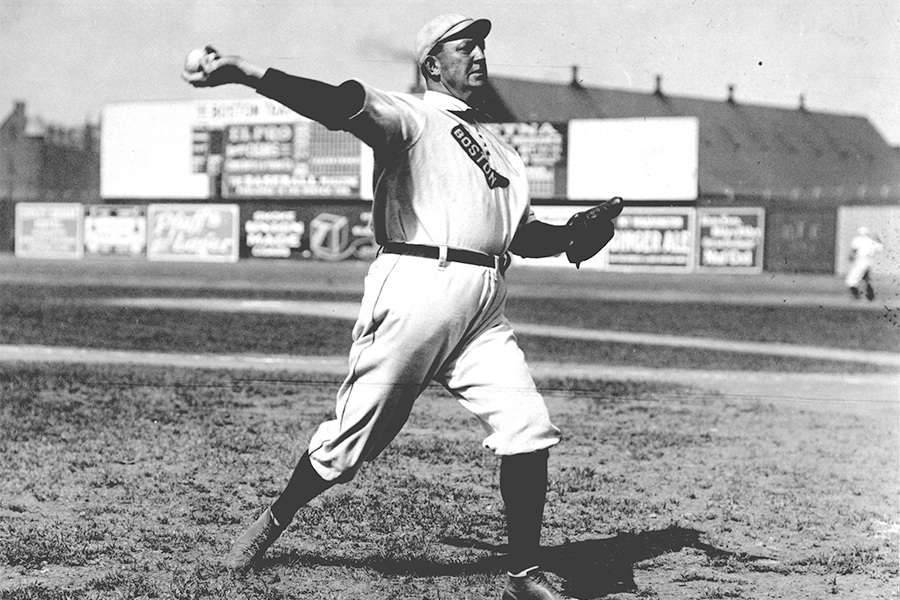 Twenty-seven up, 27 down. No hits. No walks. Not a single runner on base. Perfection.

Cy Young, the legendary hurler for whom Major League Baseball’s top award is named, threw the first perfect game in the modern era for the Boston Americans on May 5, 1904.

The team, which is now lovingly known as the Boston Red Sox, faced off against another great pitcher that day, Rube Waddell of the Philadelphia Athletics. Waddell, a future Hall of Famer who was once bitten by a lion, was a prolific competitor who had silenced the Americans’ bats a few days earlier with a one-hit shutout performance. Waddell was feeling pretty good about his arm in May 1904, so he started running his mouth and challenged Young to a pitch-off of sorts.

It didn’t work out so well for the Athletics.

Young was 37 years old in at the time and still a force to be reckoned with on the mound. Topsy Hartsel, an outfielder, was up first for the Athletics. Young struck him out. He would record seven more strikeouts that day on his way to retiring every single batter he faced.

Young’s perfect game technically wasn’t the first in Major League history, but the rules of baseball were vastly different when two pitchers completed the feat back in 1880. The odds of throwing a perfect game are incredibly low—some estimates put an athlete’s chances at about .0000983 percent—and just 20 other pitchers have finished the task since Young.

The May 5 game is still the only perfect game in franchise history, though hurlers have tossed 17 other no hitters in Boston uniforms since. The Americans had one later in the 1904 season, when Jesse Tannehill blanked the Chicago White Sox on August 17, 1904. The last no-hitter for the Sox came almost a decade ago when Jon Lester dominated the Kansas City Royals on May 19, 2008.