Airbnb Is Calling App Users in Boston to Rally Support

As Mayor Marty Walsh and Boston's City Council consider new regulations for the room-sharing service, the company is working the phones. 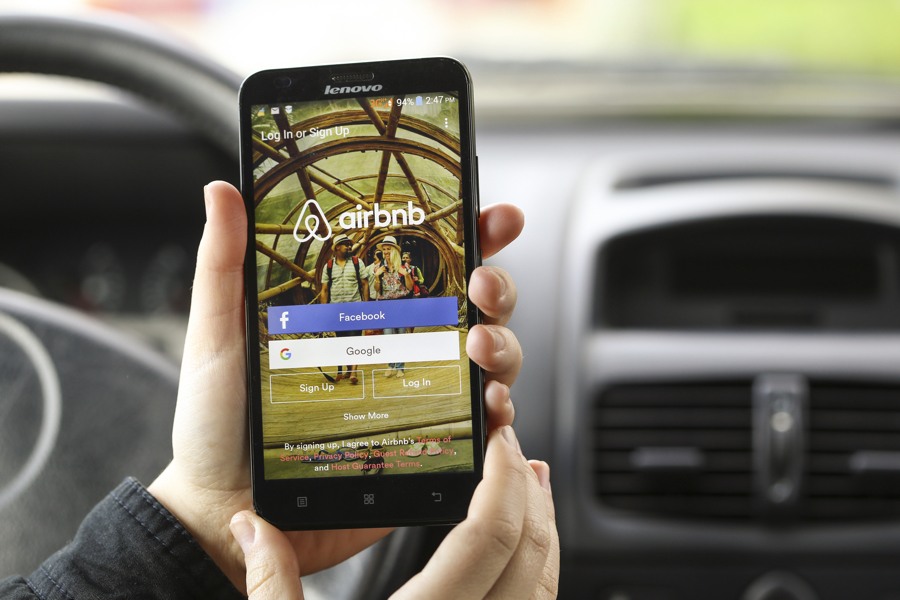 As the battle over Airbnb regulations rages in Boston, the room-sharing service has begun calling users of its app directly, several people reported over the weekend.

During the calls, according to multiple reports online, the company has been telling users that regulations on the service proposed by city officials are too restrictive. The callers also asked users to record messages to be sent to city leaders.

While at least some were apparently happy to oblige, the move prompted many to complain about how their contact information had been used.

I just got a phone call from @Airbnb about “the city of Boston is trying to place too many restrictions” and how dare they use my personal information like that.

In a statement, Airbnb confirmed it had spent the weekend calling users and asking “share why home sharing is important to them”:

We are a community-based platform and have a responsibility to advocate on behalf of the people who rely on home sharing to make ends meet. Our Boston hosts and guests are active in the regulatory process, and we take our commitment to them seriously. This weekend we reached out to hosts and guests and asked them to share why home sharing is important to them.

Airbnb’s terms of service do, for the record, allow phone calls to users unless they decide to opt out.

As the city continues to debate new restrictions on the popular service, the San Francisco-based company has taken a full-court-press strategy to sway public opinion here, buying radio ads (“I think Airbnb saved my life,” a Brighton woman named Deborah says in one of them), promoting tweets, and blasting its app-users with emails urging them to write their city councilors. That effort came under scrutiny last month when one email singled out City Councilor Michelle Wu directly, accusing her of being “aligned with big hotel interests against the interests of regular Bostonians.” It also contained a factual error that misled recipients about the debate.

Charlestown resident Amy Bucher says she received a barrage of calls from the company, including one on Saturday and three on Sunday, none of which she answered. When she decided to call back, she says, she was greeted with a pre-recorded message that included an apology if the calls were an inconvenience.

If any other #Boston peeps have been getting annoying calls from airbnb about our city council’s eminently reasonable proposed homeshare regulations, I just discovered there’s an opt out in your profile. Naturally, it defaulted to opt-in. pic.twitter.com/Qrt0X5nVze

Bucher, who uses the app to book rooms when she travels but does not rent out her own home, says she found the experience off-putting. “I’m really disinclined to continue using them after this aggressive political campaign,” she says. She wasn’t the only one.

.@AirBNB making calls to former AirBNB guests to record messages in support of less regulation to @wutrain from 617-307-7813. Told them I don’t support all proposed regulations, but would not record, tactic will probably backfire. cc @universalhub

Supporters for new restrictions on the service point to its impact on rents in an already tight housing market—particularly in cases where investors buy properties and use them exclusively as Airbnb rentals, instead of leasing them to rent-paying residents. The company, and many of its users, have said they are supportive of new regulations, but want to ensure they don’t negatively impact people who are only trying to make some extra cash renting out a room in their home—not to mention out-of-town app-users looking for affordable places to stay in Boston, sometimes for weeks at a time.

After withdrawing a proposal in order to go back to the drawing board in March, Mayor Marty Walsh’s office is expected to submit a new round of proposed regulations to be considered by the City Council any day now.

There have been other efforts to rally support for the app in recent weeks. In addition to the calls and emails, Airbnb published a report that says its out-of-town users have pumped tourism dollars into Dorchester, Mattapan, Roxbury, and Jamaica Plain while visiting the city, and that residents of those neighborhoods have used renting out to Airbnb as “an economic lifeline.” Even Donnie Wahlberg has been playing a role. The company has just—perhaps coincidentally, perhaps not—launched “Airbnb Experiences” in Boston, which lets users book activities like oyster-shucking, mixology classes, and hot-air balloon rides. Its inaugural “experience” was a burger-flipping rendezvous with the Wahlburgers star himself.

Missed your chance to join me on my sold-out @Airbnb Experience in Boston? You’re in luck because I’m opening two more seats on Thursday! #AirbnbPartnerhttps://t.co/KiKwEdq69b

Will this multi-faceted campaign help put Airbnb in Boston’s good grace? Or will this latest round of advocacy blow up in its face? If the (admittedly insular) world of Twitter offers any clue, it may be the latter.

Got a call from #Airbnb this morning. Said the City of Boston was placing too many restrictions on short term rentals and asked me to make a recorded statement for my legislators. The caller soon realized he called the wrong person! #regulate! Go @wutrain!

.@airbnb‘s head of policy, @chrislehane went to Harvard Law, so he knows that Bostonians know a sham when they see one. It’s embarassing that he’s doubled down and just started a fraudulent push poll campaign against @wutrain‘s proposed shorty term rental regulations. #bospoli https://t.co/GrL5oUooqp

Airbnb is harassing the people of Boston at this point. They clearly have no idea how people are here. Nobody wants that phone call https://t.co/3xblGfKHxE