Rosa Nese went into Saratoga Market on Sunday morning for a few minutes. When she returned, her 2017 Hyundai Santa Fe and her yellow lab, Chief, were missing. 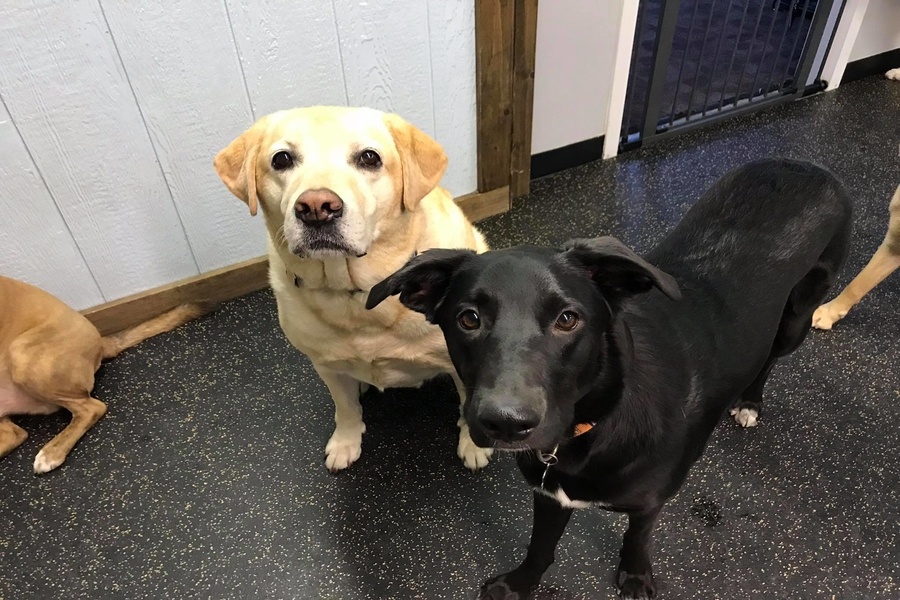 Update: Chief is home safe! Everett Police recovered both the SUV and the stolen pup on Monday.

Earlier: A woman’s SUV was stolen outside an Orient Heights convenience store on Sunday morning while her dog was inside the vehicle.

Rosa Nese, an East Boston resident, and her yellow lab, Chief, stopped at Saratoga Market on Trident Street on their way back from visiting Nese’s mother’s grave, according to the Boston Globe. Roughly six minutes after Nese entered the store, she returned to the parking lot to find her 2017 Hyundai Santa Fe—and Chief—had vanished.

Nese called the police at 8:51 a.m. on May 6, but as of Sunday night, neither the car nor Chief had been located, according to the Globe.

A man carrying a neon yellow or green backpack and wearing black pants and a blue jacket was caught on a surveillance camera driving off in Nese’s white SUV, according to a video obtained by CBS Boston. Nese had left the vehicle running and the keys inside it while she ducked into the store and left Chief in the backseat.

Chief, who needs medicine and suffers from severe allergies, is “very lovable,” Nese told the Globe. She also said the yellow lab will, “go to anybody, anything. … He trusts everybody.”

Harbor Hounds, a dog daycare center in East Boston, and the Peabody-based non-profit Missing Dogs Massachusetts have shared photos of Chief online in an effort to reunite him with his owner.

Nese’s car, which bears an Italian flag sticker on its rear side, has Massachusetts license plates with the number 6ZG 441.

Anyone with knowledge regarding the theft or the location of the suspect, car, or Chief has been asked to contact the police.