If they're built according to a new MBTA concept released this week. 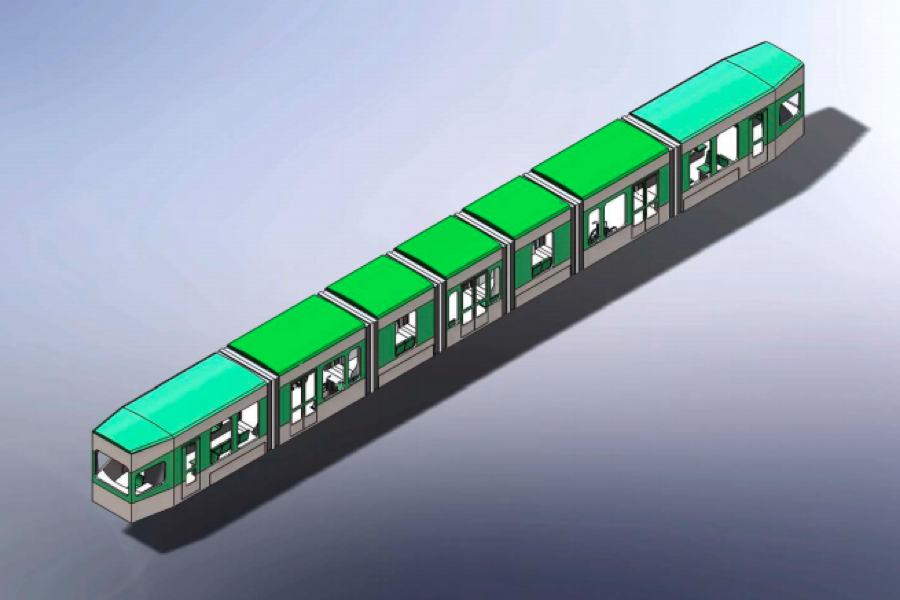 The MBTA has just released its vision for the future of the Green Line that amounts to a major overhaul of its trains and would, officials say, more than double their capacity.

The T released the recommended concept for the new trains at a Monday meeting, and shared a trippy video showing it off. Members of the T’s Fiscal Management and Control Board also signed off on a six-year, $35 million contract for a consultant to focus on the Green Line.

Take a virtual tour of our concept design for a new generation of Green Line cars! A single car is 116 feet (as opposed to the current 74 feet), 100% accessible, low/no stairs, has five doors for boarding & offloading, and has the passenger capacity of TWO current Type 8/9 cars. pic.twitter.com/rxYtOhr8s7

If they’re built according to this design, the trains would be longer—112 feet as opposed to their current length of 7 4feet— and capable of carrying more than twice as many passengers, thanks to an updated layout that would re-arrange seats and remove staircases.

“We know that our trains are crowded every single day, no matter which line you operate on,” Jeff Gonneville, the MBTA’s deputy general manager said at the meeting, according to the Boston Globe. “The time is right . . . that as we make investments we have to make anyway, that we’re making the investments in a very strategic way to get us more capacity.”

Meanwhile, we’re getting closer and closer to seeing the first brand-new Orange Line trains hit the tracks. The T has begun testing the first batch of them.

And for fans of new MBTA train designs, T General Manager Luis Ramirez announced Tuesday that, just as it did last year for the Orange Line, the transit agency will showcase a mock-up of new Red Line trains outside City Hall over the summer.

Like we did for the #OrangeLine mock-up last year, the #MBTA will put the #RedLine mock-up on display this summer. Stay tuned for details! https://t.co/jYCgBr3T7v