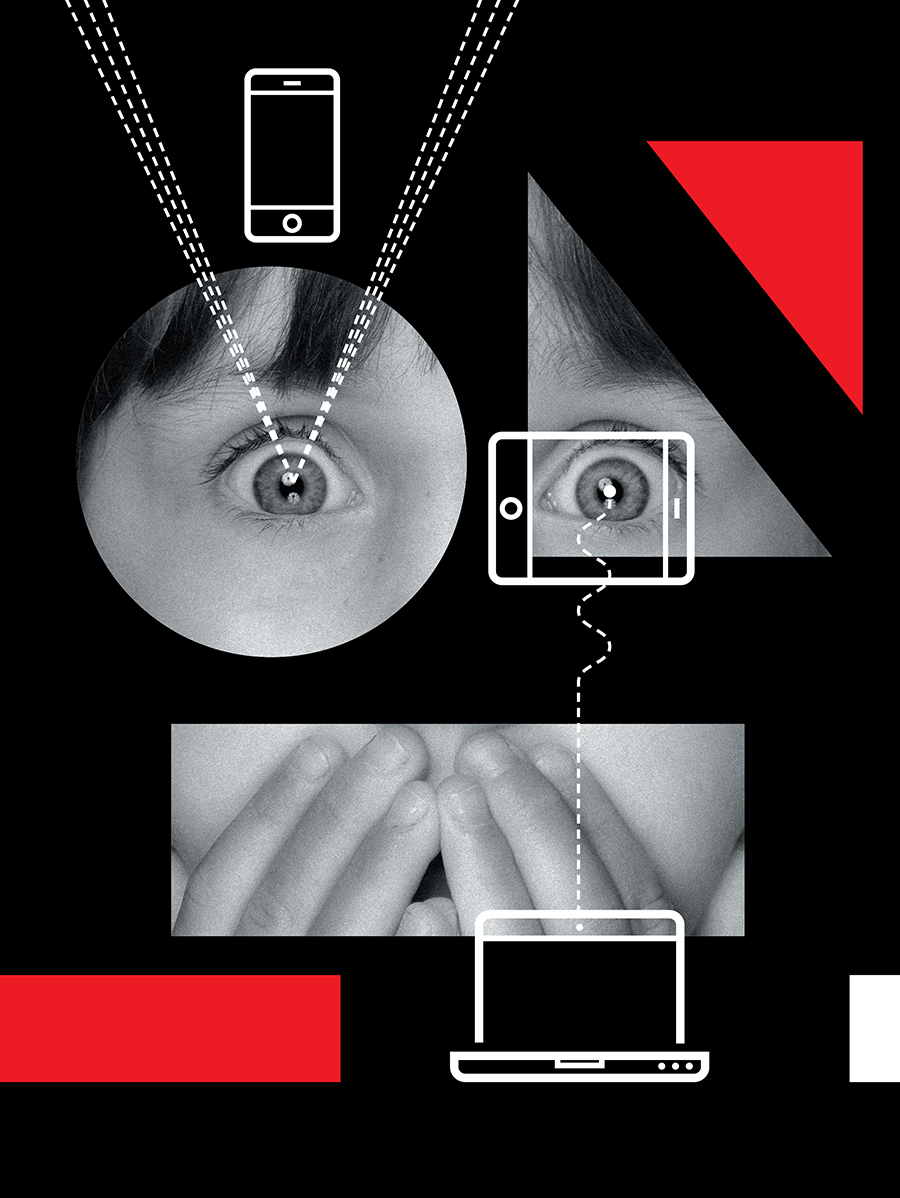 This isn’t an easy story for me to share. Nearly three years ago, my happy-go-lucky nine-year-old kept disappearing to his room for long stretches of time. I’d call to him repeatedly until he’d finally join us with uncharacteristic reluctance. When I’d smooth his stubborn cowlick and ask, “Is everything okay?” he’d mumble “yes” and pull away. I didn’t believe him, but I didn’t know what I was looking for.

Then one evening, after the kids had gone to bed, my husband noticed that his old iPad with the cracked screen was missing from his desk drawer. Tiptoeing upstairs, he found it under one of my boys’ beds. On a whim, he pulled up the browser history, confident he’d find links to forbidden online games. Instead, he found the raunchiest pornography I’d ever seen—the kind no adult should ever see, let alone a child. And my sweet fourth grader, who still fell asleep with his favorite stuffed dog clutched under his arm, had just watched hours—no, days—worth of it.

When we woke him up at dawn the next morning (after our sleepless night), he burst into tears at the sight of the iPad. My husband held his composure as he told my son that what he’d seen was not how two people who love each other act—that that behavior isn’t real and it’s not what sex is about. Then he asked my son if he had any questions. He shook his head, refusing to meet our eyes. We gave him a hug, and said it was okay and that he was going to be fine. Still sobbing as he stood to get ready for school, he turned to me and said, “I’m sorry, Mom, I didn’t mean to. I just heard them talking about a website on the radio, so I looked it up and then…. ” His face crumpled.

I knew exactly what the “and then” was—and it still haunts me.

I didn’t tell anyone about the incident for a long time. I was mortified. How could this have happened to us? My husband’s a techie who prides himself on locking down all of our electronic devices (except, of course, the forgotten iPad). I had steadfastly refused to get my three kids smartphones, tablets, or even iTouches. We’d done all the right things—or so we thought.

Turns out, our story isn’t unique. When I put out a Facebook request for stories like mine, a mother of three wrote, “Everyone with middle-school-age children that read [your post] and said to themselves, ‘Phew, I’m glad I’m not there,” just hasn’t found it yet. But their kids have.” Some studies report that as many as half of seven- to 18-year-olds have been exposed to sexually explicit websites (others say that figure is closer to 80 percent). That’s an astounding number. And just to be clear: It’s not the same as finding your dad’s Playboy magazines in the back of his closet. These are second graders searching for Disney’s Moana, for example, and being flooded with images of bondage, group sex, and bestiality. It’s all just a click away.

So when the news media recently heralded the results of a Centers for Disease Control and Prevention survey showing a very significant drop in teenage sexual activity between 2005 and 2015, I didn’t exactly jump for joy. Sure, it’s great that kids are waiting longer to have sex, that they’re using birth control, that the pregnancy rate is at a record low. But make no mistake: Kids aren’t just sitting around together in the basement playing gin rummy. With the entire world wide web at their fingertips, they’re accidentally stumbling onto hardcore porn before they’ve even learned about the birds and the bees; or they’re searching words like “boobs” and “blow job” and getting a whole lot more than they bargained for; or they’re Snapchatting photos of their genitals to impress their classmates. Never before have kids had this ease of access to X-rated content at such a young age.

While we’re all glad they’re not 16 and pregnant, I have to wonder: Is this hypersexualized online culture messing up our kids? And what are we doing about it? 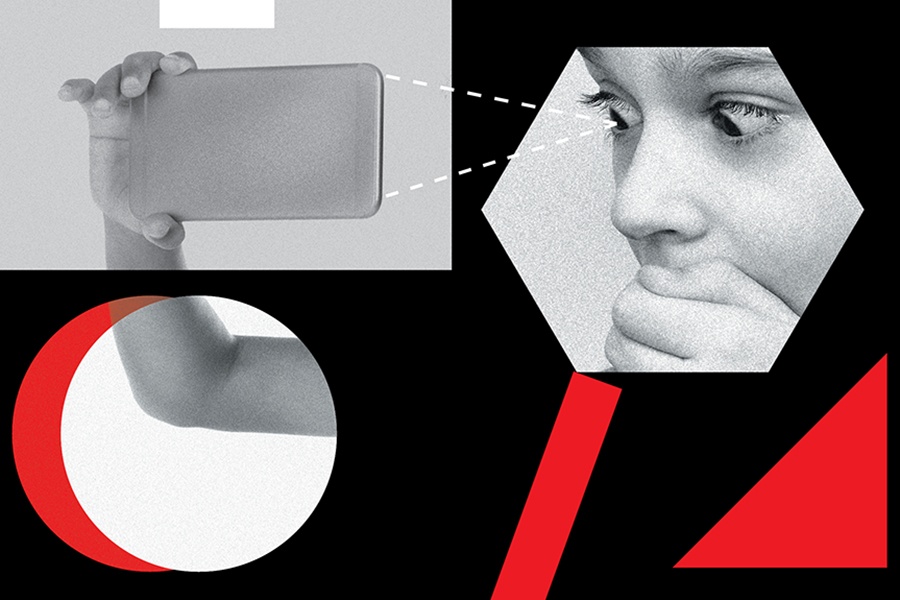 Even in the midst of a parental freakout, however, I know enough to not trust every hysterical hunch the Internet has to offer. So I bit my lip and decided to find out for myself by calling Steven Schlozman, associate director at the Clay Center for Young Healthy Minds at Mass General, who’s written about how to talk to children about Internet pornography. As I relate our story, he asks how old my son was when it happened.

His response makes me feel better almost immediately: My son was merely curious, he tells me, as a lot of kids are—it’s a healthy part of human development. I let out a sigh of relief. What’s more troubling to Schlozman is that kids may think what they see online is normal sexual behavior. “If this is their standard—the most incredible sexual experience that anyone’s ever had—it’s not going to happen,” he says. “It takes work and practice.”

Of course, that’s assuming our kids make it past first base. We know from the CDC’s survey that a good number of them are opting out of fumbling around in the backseats of their parents’ cars—perhaps for the cool, lonely glow of a screen.

But what if that’s not it? What if kids are interested, but they’re just not sure what to do with a partner in real life? That’s a theory parents can actually wrap our heads around because we know what that feels like. We, too, had no idea what we were doing when we were their age (remember French-kissing Tiger Beat posters?). Then again, we didn’t have an impossible standard to live up to. We hadn’t already seen every position and technique in the book—in action. We simply closed our eyes and let our libidos take care of the rest. These boys, who’ve grown up learning about sex from pornography, ironically have no clue how to seduce a female. There’s no romantic intimacy in porn, no lighthearted foreplay; rarely is there kissing or laughter. No wonder they’re confused. The concept of sexual tension is completely lost on them.

Is this how we want our kids to learn about sex?

I don’t think so. But if we’re powerless to shield them from porn—if filtering and blocking software and monitoring screen time aren’t working—then we must give kids the tools they need to understand what they’re seeing and to recognize that it’s not real.

In Wayland, where I live, kids learn about the reproductive system and their changing bodies from teachers starting in fifth grade. I still remember the day my 10-year-old boys came running off the bus with samples of Old Spice deodorant…and a rudimentary understanding of how babies are made. But here’s the irony: One of them had already watched people having sex by then (in myriad positions with multiple partners, no less).

How do you reconcile that?

That was my “aha” moment. Children in this new digital generation are visual learners: They want to see everything in action. The problem is that what they’re seeing is more than just sexual fantasy—it’s often violent and disturbing, or, at least, not relevant to actually having sex. Hence the need to give kids a lens through which to view what they’re likely going to watch anyway. I ask Rothman and Daley if they could imagine the curriculum being taught in public schools. “I think we’re a long way off from that,” Daley says.

Rothman agrees. She can just imagine the headaches of approaching a superintendent and school board: “We don’t have time to argue it. There’s always going to be some parent with an issue.”

And, man, what a mind-blowing education I’ve gotten. I still don’t like porn, but do I think it’s going to bring down the moral fabric of society? Probably not. Every time youth have increased access to smut—or find a new kind of smut—there’s a fear that it’s going to permanently ruin their sex lives. So far it hasn’t—at least not totally. My friends and I were paging through dog-eared copies of Judy Blume’s Forever… under our blankets years before we should have read about orgasms and birth control (while the boys were rummaging through the school janitor’s trash bins to find his discarded copies of Hustler). We all survived and thrived, got married, had kids. I’m optimistic the same will be true with our kids. They’re going to be okay. After all, we have 100,000 years of evolution on our side. “Since there have been humans, we’ve been making pictures of sexual things,” Schlozman, of Mass General, reminds me. “It’s very normal.”

First, we need to recognize that kids—even the so-called good ones—have little impulse control. If it’s right at their fingertips, they’re going to click on it. Make it difficult for them: Tighten the parental controls and continue to monitor their online behavior—and be very upfront about it. Don’t trust them (as horrible as that sounds) with any device. They want to make smart choices. They mean to. But their frontal lobes aren’t developed enough to do the right thing every time. I guarantee you that my nine-year-old would have preferred that I block access to those X-rated sites so he didn’t have to make that decision on his own.

At the same time, we need to accept the fact that our children are technologically smarter than us. They know more about navigating the Internet than we ever will. They know how to bypass the roadblocks we put up—and cover their tracks. By the time we learn about the latest social media app, “Kids are already on to something new,” says Wayland youth police officer Shane Bowles. “We can’t keep up.”

Bowles thinks the best thing we can do is to “keep talking to our kids” about what they’re doing online. (He checks in with his 12-year-old for a few minutes every day.) Ask blunt questions, know what social networking sites they’re on (and friend or follow them), and know who they’re chatting with online. For the little ones, even as young as three or four (or whenever you start handing them your phone or iPad for distraction), discuss what they should do if they come upon a site that’s inappropriate.