The First Blue Bikes Hit the Streets of Boston Today 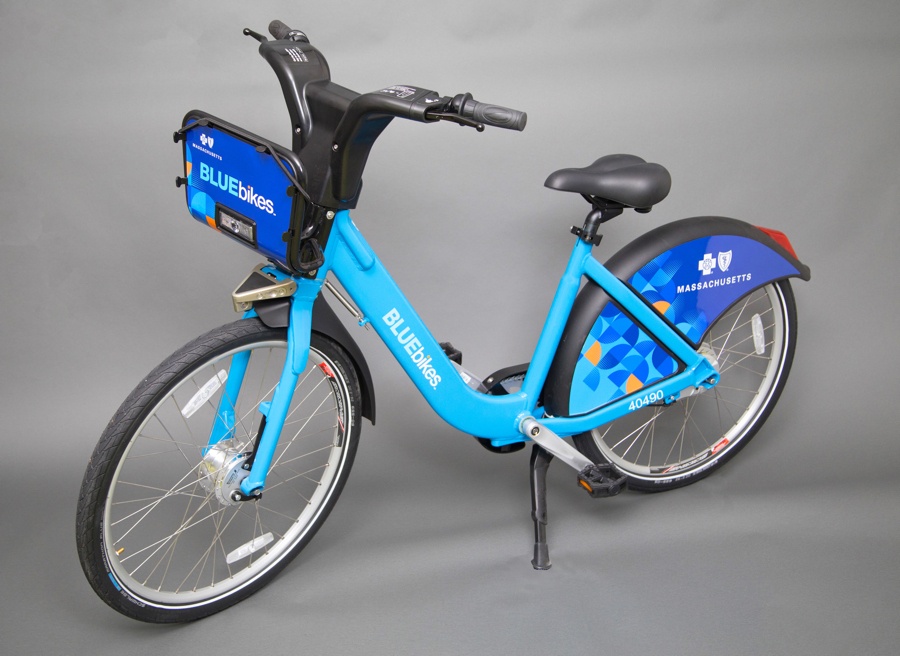 The Blue Bikes are here.

For the first time, the new-and-improved bicycles that will replace the Hubway system will be added to bike-sharing stations today, according to Blue Cross Blue Shield of Massachusetts, which signed a six-year contract to sponsor the program in Boston, Cambridge, Brookline, and Somerville.

In an announcement, Blue Cross also gave us all a first look at the redesigned bicycles. True to their name, they’re painted with several shades of blue and are emblazoned with the health insurance company’s logo.

“We’re excited to get the new Blue Bikes out on the streets,” said Andrew Dreyfus, president and CEO of BCBS of Massachusetts. “We think riders will be pleased with the improvements they’ll see, and we hope to encourage new users to take a Blue Bike for a spin to school or work. We’re proud to help expand bike share access across the metro region, since it aligns with our mission to help residents of the Commonwealth lead healthy lives.”

The new bikes come with a longer seat post to accommodate taller riders, better handlebars, and an improved “infinity shifter,” according to a release. All the old Hubway bicycles are slated to be replaced with Blue Bikes by May 16.

As part of the new partnership, more than 100 new stations will be added to the system, and the number of bikes will be increased from about 1,800 to 3,000 by the end of 2019. Riders can also make use of new in-app features and additional “valet” service to make sure bikes are available at busy stations.

Want to take one for a spin? You can test a redesigned bike out for free on Friday, May 18, by downloading the Blue Bikes app. That also happens to be National Bike to Work Day, by the way.