The NBA Coaches' Association will present the Raptors' Dwane Casey with the award. Not one coach cast a ballot for the Celtics' leader, who has led the team to success in the midst of crippling injuries. 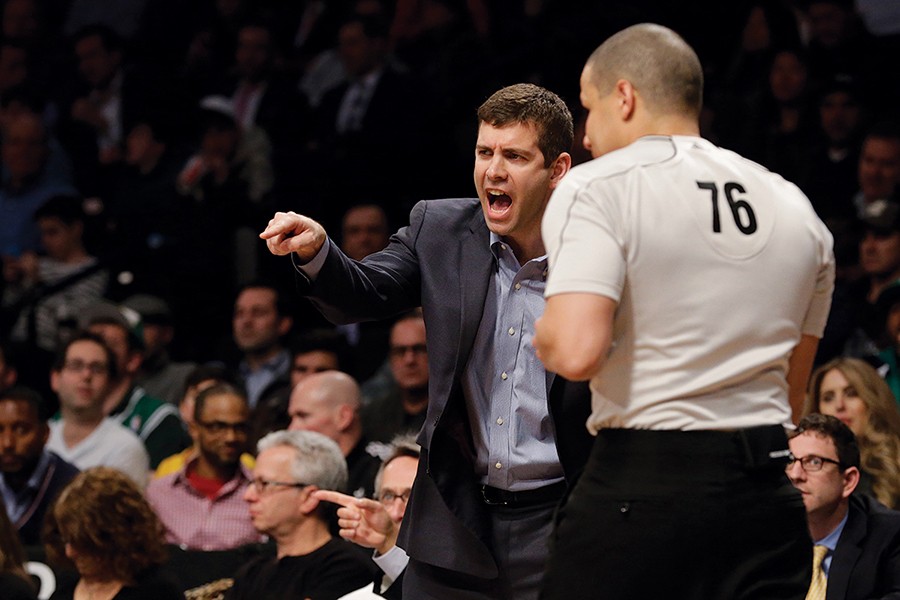 To say the Celtics have managed to cobble together an impressive season would be quite the understatement.

We don’t need to remind you (but we will anyway) that the squad, which has been riddled with devastating injuries, is just one win away from the Eastern Conference Finals. Between Kyrie Irving’s knee, Marcus Smart’s thumb, and Daniel Theis’ knee, it felt like some malicious magician had placed a hex on the team at various points this year. Gordon Hayward went down hard in his first game of the season, for crying out loud, and he hasn’t played a minute since.

And yet Brad Stevens, who coached the rag tag team to a 55-27 record, did not receive one vote—not one measly tally—for NBA Coach of the Year from the league’s coaches’ association, according to the New York Times.

The award, voted on by the league’s 30 coaches, will instead go to Dwane Casey, whose Toronto Raptors were swept by the Cleveland Cavaliers and bounced from the playoffs on Monday night. It’s not that Casey doesn’t deserve the honor, because there’s absolutely a case to be made that he does. After all, the coach led the Raptors to their best record in franchise history and to the top of the Eastern Conference this season.

But seven coaches aside from Casey also received votes for the award—none of whom are named Brad Stevens. According to the Times, at least one other coach cast a ballot for the 76ers’ Brett Brown, the Rockets’ Mike D’Antoni, the Pacers’ Nate McMillan, the Spurs’ Gregg Popovich, the Jazz’s Quin Snyder, the Trail Blazers’ Terry Stotts, or the Clippers’ Doc River. The Clippers didn’t even make the playoffs this year. The Pacers, the Spurs, the Jazz, and the Trail Blazers have all already had their finals dreams dashed.

And yet Stevens was completely snubbed. The only option, of course, is to keep leaving it all on the court and give Stevens’ peers no choice but to acknowledge how prolific his coaching is.