Patricia, who spent more than a decade with the Patriots, was accused of entering a woman's hotel room in Texas while on spring break and assaulting her. 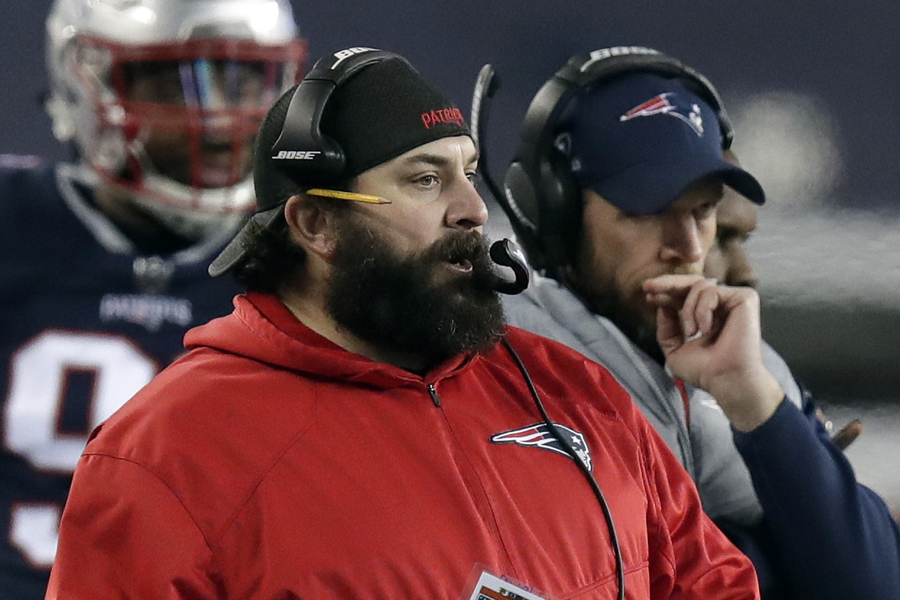 New England Patriots defensive coordinator Matt Patricia watches from the sideline during the second half of the AFC championship NFL football game against the Jacksonville Jaguars, Sunday, Jan. 21, 2018, in Foxborough, Mass. (Photo via AP/Charles Krupa)

New Detroit Lions head coach Matt Patricia was charged but not convicted of aggravated sexual assault after a woman accused him and a friend of entering her hotel room and assaulting her in 1996.

The allegations resurfaced in a report by the Detroit News. Patricia, who joined the Patriots coaching staff in 2004 and was the defensive coordinator from 2012-2017, denied the claims. The Lions organization has chosen to stick by him, and said in a statement that it ran a background check on Patricia that did not reveal the case.

A woman accused Patricia and Greg Dietrich of entering her room at a Radisson hotel and assaulting her during a spring break trip to South Padre Island 22 years ago. The men, who were teammates on the Rensselaer Polytechnic Institute football team, were charged and indicted on one count each of aggravated sexual assault, but the case never made it to trial. The woman declined to testify, and the case was dismissed after 10 months, according to the Detroit News.

Patricia, who was 21 at the time of the alleged incident, disputed the accusations in a statement released on Wednesday.

“As someone who was falsely accused of this very serious charge over 22 years ago, and never given the opportunity to defend myself and clear my name, I find it incredibly unfair, disappointing, and frustrating that this story would resurface now with the only purpose being to damage my character and reputation,” Patricia said in a statement. “I firmly maintain my innocence, as I have always done.”

Several people involved in the 1996 case told the Detroit News that they could not remember the details of the incident, and the original police report has been thrown away. One of Patricia’s defense lawyers, Jeff Wilson, said the assault “was a fabrication,” according to the Detroit News.

The Lions said in a statement released Wednesday night that the details of the alleged assault were not disclosed during Patricia’s “pre-employment background check.” The team also noted that the coach and the accuser had not reached a settlement or a confidentiality agreement.

“Based upon everything we have learned, we believe and have accepted Coach Patricia’s explanation and we will continue to support him,” the Lions said in a statement. “We will continue to work with our players and the NFL to further awareness of and protections for those individuals who are the victims of sexual assault or violence.”