A Ball Python Was Found at a Playground in Brookline

Brookline Police collected the animal from Lawton Playground and transported to the Animal Rescue League. Ball Pythons are a popular pet choice among snake enthusiasts. 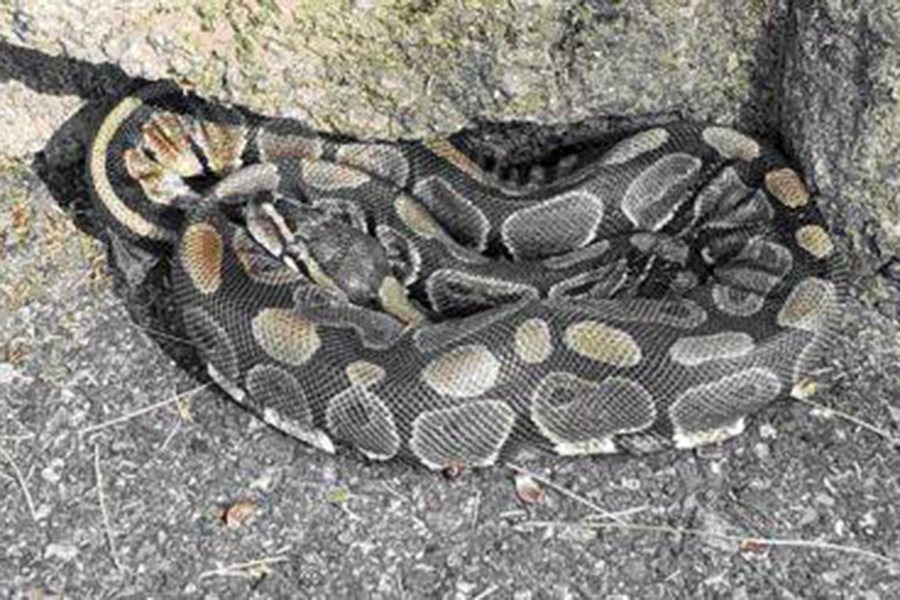 This isn’t the type of discovery you can just snake—sorry, shake—off.

On Tuesday afternoon, Brookline Police responded to a call that an animal was on the loose in Lawton Playground just south of Comm. Ave. near Packard’s Corner. What they found, however, wasn’t your run of the mill puppy, kitten, or turkey (it is Brookline, after all), but rather a ball python.

The non-poisonous snake was hanging out in an area of the park away from playing children, according to the Boston Globe, and was subsequently taken to the Animal Rescue League by police. Because ball pythons are native to central and western Africa, this creature is “definitely” someone’s pet, Dave Cheung, a Brookline Police officer, told the Globe.

Ball pythons are more mild-mannered than some of their snake relatives and spend a lot of time hiding. They’re like moody teens who want to hang out in their rooms a lot but remain lovable and kind-hearted. The animals can grow to up to 6 feet long, but most stretch to a more manageable 4 feet in length. To give you an idea of size, Banana, the yellow Burmese python that Britney Spears very famously danced with at the 2001 VMAs, was about 7 feet long.

The average ball python will live for around a decade in the wild and survive for between 20 and 30 years in captivity. The carnivorous species is a popular choice among pet owners and is known as the royal python in many parts of the world, according to Reptiles magazine.

Police ask that anyone with information about this “reptile friend” or its owner contact Brookline Animal Control.