Following the performance, Jon Landau, a music critic in the audience, would famously write, "I saw rock and roll future and its name is Bruce Springsteen." 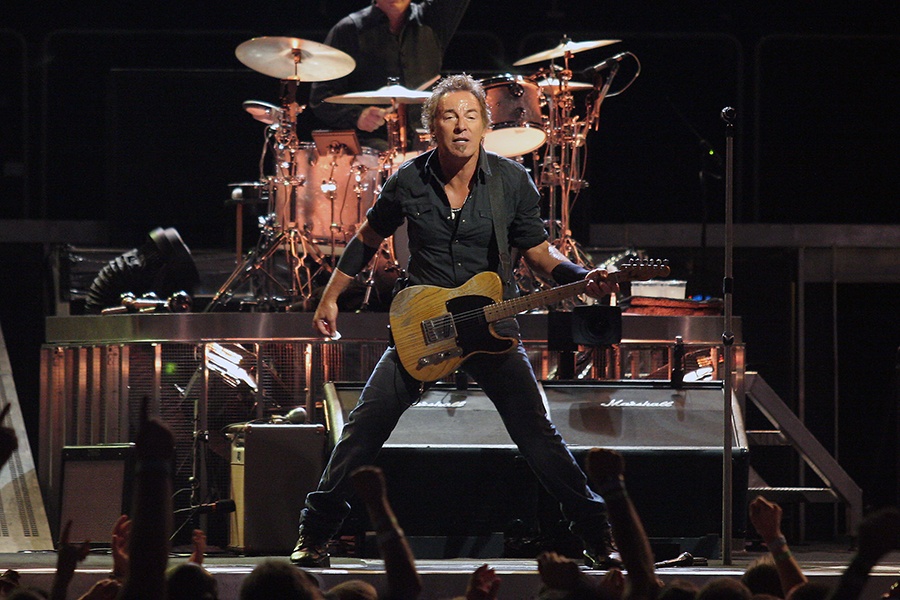 He was still a quarter-century away from his induction into the Rock and Roll Hall of Fame; over a decade ahead of his first Grammy; and a year away from Born to Run.

On May 9, 1974, Bruce Springsteen was a 24-year-old performer struggling to break through in the early stages of his career and playing a set at the Harvard Square Theater in Cambridge.

But to Jon Landau, he was lightning in a bottle.

The music critic—who grew up in greater Boston and graduated with a degree from Brandeis University—was in the audience while Springsteen crooned, and he was more than impressed. For just a few dollars, concertgoers were treated to Springsteen singing “The E Street Shuffle,” “For You,” and more. The performance was so remarkable that a few weeks later, Landau wrote a story published in The Real Paper and declared, “I saw rock and roll future and its name is Bruce Springsteen. And on a night when I needed to feel young, he made me feel like I was hearing music for the very first time.”

At the time, Springsteen’s early work had been good enough to secure him a contract with Columbia Records, but executives were wondering when their investment would pay off. The vote of confidence from Landau (who wrote that “Springsteen does it all. … There is no one I would rather watch on a stage today.”) helped make all the difference.

Springsteen would, of course, go on to become one of the most legendary musicians of all time, with 11 chart-topping albums, 20 Grammy awards, and more than 140 million sold records to his name. Landau—who has also worked with artists like Train and Jackson Brown—would eventually serve stints as Springsteen’s producer and manager.

But much of that may not have been possible had the two men not crossed paths in Cambridge on a Thursday in May.