The coach said in a statement that he and the team were unaware that the former defensive coordinator was accused of aggravated sexual assault in 1996. 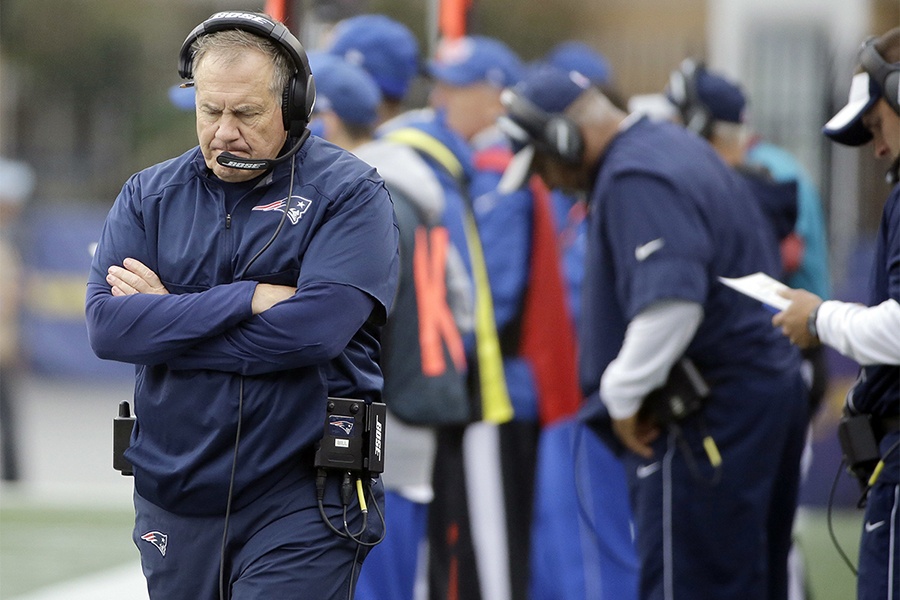 It took less than 30 seconds for the sports website Deadspin to find documentation that former Patriots defensive coordinator Matt Patricia was accused of aggravated sexual assault in 1996.

The Patriots, a franchise with a $3.7 billion net worth and ostensible access to the best resources money can buy, were apparently ignorant to the allegations until this week.

On Thursday afternoon, Patriots coach Bill Belichick said in a statement that the team was unaware that Patricia, who worked in Foxboro from 2004-2017, was accused of sexually assaulting a woman while on spring break in Texas 22 years ago. Belichick defended Patricia’s character and maintained that the Patriots had been kept in the dark regarding the alleged incident.

“Matt conducted himself with great integrity and is known to be an outstanding coach, person, and family man,” Belichick said in a statement. “We have always been confident in Matt’s character and recommended him highly to become the head coach of the Detroit Lions.”

The allegations resurfaced this week following a story by the Detroit News, which reported that Patricia was charged and indicted on one count of aggravated sexual assault when he was in college. The accuser declined to testify, and the case never made it to trial. The state of Massachusetts prohibits employers from asking job applicants about arrests that did not end in convictions to protect against discrimination during the hiring process.

Patricia vehemently denied the claims in a statement on Wednesday night, and the Lions stood by their new head coach. Officials in Detroit’s front office also apparently lack access to basic research databases as they, too, claimed to have been unaware of the allegations prior to the story’s publication.

The NFL is known to conduct extremely thorough—and occasionally invasive—background checks on prospects ahead of each season’s draft. Front offices sift through a player’s legal history, talk to his middle school teachers, and scour their social media presence with spy-level depth.

Apparently the same standard of rigor is not applied to coaches.