Sports forecasters who doubted Boston suddenly changed their tunes after Brad Stevens' squad rolled over LeBron James and his teammates. 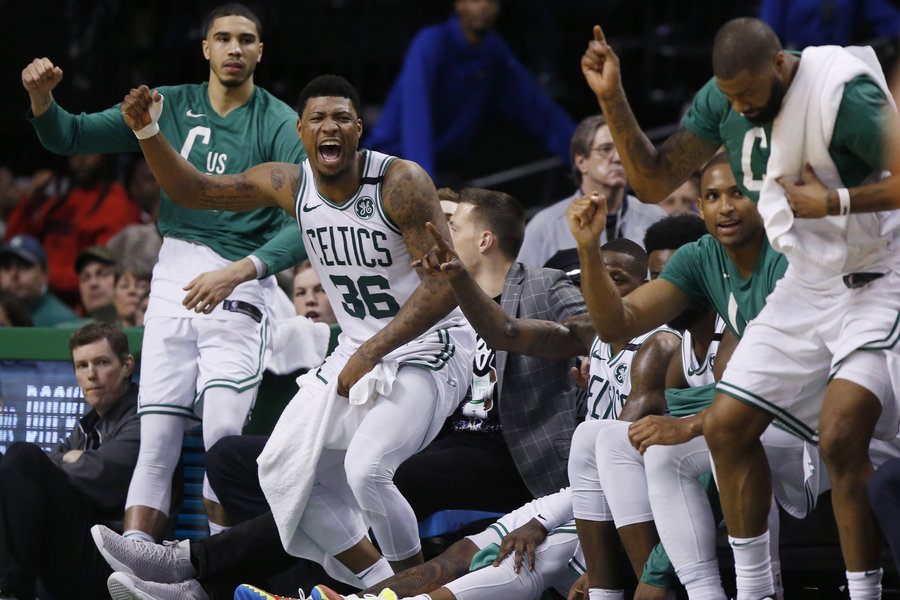 The Celtics have no chance, they said. LeBron James could beat this rag tag team with his eyes closed, they said. This is going to be a quick series, and the Cavs are destined to make it to yet another NBA Finals, they said.

They are not chirping so loudly anymore.

In the first game of the Eastern Conference Finals, the Celtics—who, we need not remind you, are still without several key players including Gordon Hayward and Kyrie Irving—routed the heavily-favored Cavaliers 108-83. Cleveland failed to sink its first 14 3-point attempts; the Celtics defense put up yet another sterling performance; and King James was left looking like a jester with just 15 points to his name.

Naturally, Twitter had a few things to say. Here are some of our favorite responses to game 1:

Marcus Morris, who guarded James, got some well-earned respect.

i would like to formally apologize to marcus morris and also to his twin brother markieff morris and also any other morris i may have offended with this tweet including but not limited to zack morris + wesley morris + morris chestnut etc. https://t.co/j7QQkA85BK

Put it on a bumper sticker, write it on your forehead, scream it from the T when you’re inevitably stalled on Comm. Ave. for 20 minutes this afternoon.

Just a reminder that the Celtics beat the Cavs by 25 in game one and held LeBron to 15.

Ho hum. Just your casual point guard handling a Lebron post up by himself. I’m sure this happens all the time and tons of teams have players who can do this pic.twitter.com/Xf1Ly2EOLg

Who is Lebron James 😆 pic.twitter.com/bFT7h4Ar3x

There’s never a bad time for this guy.

CAvs WilL sWeEp thE CeLticS pic.twitter.com/quDprLsaPd

“Why’d you even bother to show up?”

What the Cavs vs the Celtics really looks like pic.twitter.com/QW0tM24G43

Despite the terrific performance his team turned in on Sunday, coach Stevens remained impressively humble.

Brad Stevens says “we have a lot of room to improve from tonight.”