The Best Jared Kushner Burns from His Harvard Classmates 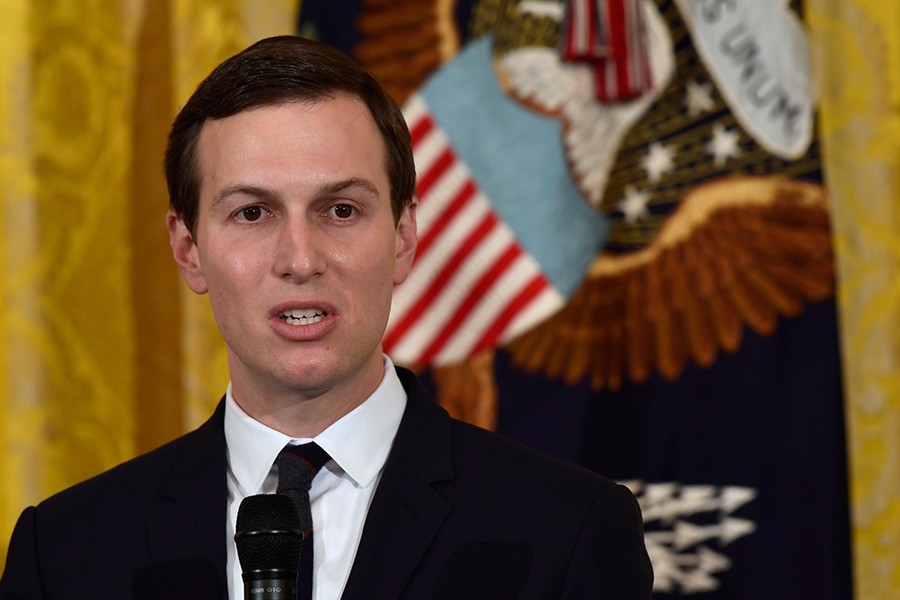 Jared Kushner has been brutally, savagely burned by his former Harvard classmates, and it’s really something.

The ruthless commentary on the first son-in-law came in this year’s 15th Anniversary Report—written by members of Kushner’s class who, per tradition, were invited to submit updates on what they’ve been up to for the last decade-and-a-half. It’s a practice that according to Harvard dates back to the 1800s and is designed to “encourage alumni to maintain connections with each other.” Kushner, who is hard at work bringing peace to the Middle East, declined to participate.

But many of his classmate did, and several saw a golden opportunity to unload on their onetime peer and took it.

Jared Kushner didn’t send in a note for Harvard’s 15th Anniversary Report. But flip to the page where his entry would go and you’ll find this, the end of a note from an alphabetically adjacent classmate. pic.twitter.com/HgN7wbPl9p

So what might otherwise have been a largely unreadable collection of self-congratulation has this year become a sort of Ivy League burn book, where everything about Kushner—the tax-deductible $2.5 million his parents paid to smooth his path into the college, his inability to grow facial hair—gets a thorough and erudite roasting. Shout out Ben Wikler of MoveOn.org for sharing it with the world.

“I, for one, am actually glad our Class of ‘03 finally has a real, live fascist among us. Who says Harvard isn’t diverse?” reads one of the entries. “I’ve always wanted to meet someone who is as unfamiliar with the principles of democratic self-government as he is with how to grow a beard.”

“Our most infamous class member probably won’t even attend the Reunion; life’s busy when you’re unwittingly shooting the History Channel documentaries of tomorrow,” wrote another. “By the time this is circulated, maybe this entire gangster administration will have jumped bail and taken up residence in the authoritarian regimes of their choice.”

One former classmate went to the effort of writing a Kushner-related haiku: “Real tough world right now / Our classmate involved??? / Get out of there now.”

Some shared messages that were less mean jokes than sincere expressions of concern about the direction of his father-in-law’s administration.

“Mostly, I feel low-grade, constant horror as I watch attacks on refugees, minorities, my most at-risk patients, women’s rights, and the environment, and new threats of of nuclear war,” reads one, from a classmate who described him or herself as a descendent of Holocaust survivors. “Our classmate Jared Kushner surely knows that climate change is real, and yet he watches as regulations are dismantled daily. Shame on you, Jared Kushner.”

An alum, who Wikler identified as astrophysicist Chanda Prescod-Weinstein, took aim at Harvard for admitting Kushner in the first place, and at a system that rewards families like his with tax breaks for donations to private universities. “Shame on Harvard,” she wrote, adding that if she could take back her experience at Harvard in exchange for keeping Kushner out of its hallowed halls, she would have. “Harvard opened doors for me, but the immense distress people are experiencing right now was not worth it.”

One thing is sure after all this. Harvard’s class of 2003 should not expect to see their onetime classmate at the reunion this weekend: “Except for that one classmate who shall remain nameless, I can’t wait to cut a rug with you guys at the Reunion!”