The San José, loaded with gold and emeralds, has been likened to the "Holy Grail." 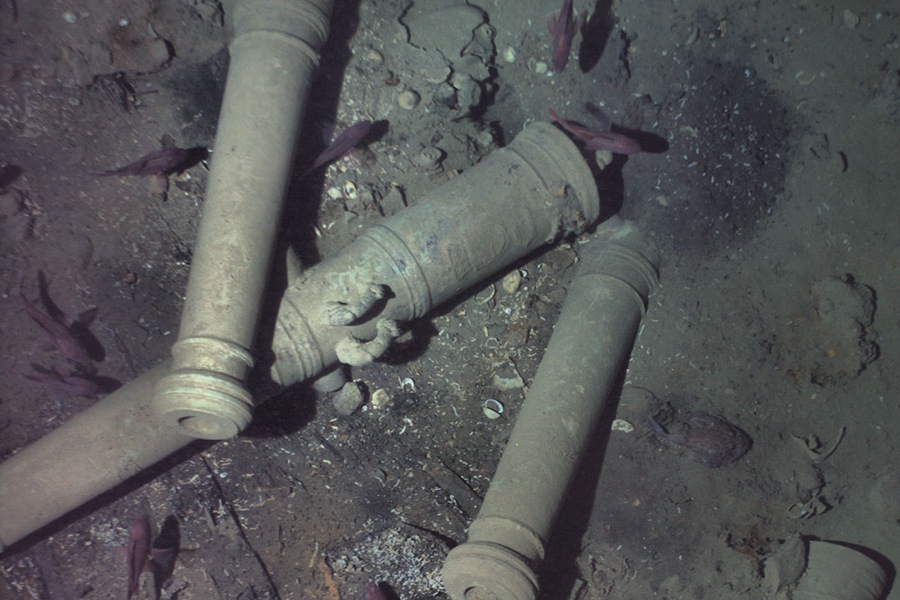 Not everyone can say they used a drone to find billions of dollars worth of buried treasure. But not everyone is a researcher with the Woods Hole Oceanographic Institution.

Described by some as the “Holy Grail” of shipwrecks, the San José was first uncovered off the coast of Colombia in 2015 with help from the Cape Cod facility. The WHOI has been granted permission for the first time to share new information about the ship, which is loaded with gold, silver, emeralds, and other priceless objects. The bounty is believed to be worth as much as $10 billion, or perhaps more.

According to a release from the institution, it sent an underwater rover called REMUS 6000 to map the ocean floor around the Barú Peninsula. The rover, a large oblong device capable of diving to depths far below the ocean’s surface while carrying powerful sensors, has also photographed the Titanic, and was used to find the wreckage of the Air France 447 in 2011.

Eventually, scientists working near Colombia were able to locate the ship—which has remained undetected since it sank during the War of Spanish Succession more than 300 years ago and has tantalized treasure-hunters for decades—by using the REMUS’ sensors to find cannons bearing distinctive dolphin markings.

“This partnership was key to the discovery of the San Jose,” says Roger Dooley, of the Maritime Archaeology Consultants, who was among leaders of the team of scientists that scoured the ocean for the treasure.

“The wreck was partially sediment-covered, but with the camera images from the lower altitude missions, we were able to see new details in the wreckage and the resolution was good enough to make out the decorative carving on the cannons,” said WHOI engineer and expedition leader Mike Purcell.

So what now? Colombia has plans to recover the ship, but the discovery has touched off a legal battle over what exactly to do about it and inspired a call from UNESCO in April urging the government of that country not to exploit it.

In the meantime, cheers to the WHOI for using robots and knowhow to find sunken treasure.

“Once again, WHOI’s expertise in AUV technology and operations has resulted in an important discovery,” said WHOI Vice President for Marine Facilities and Operations Rob Munier. “We are pleased to have played a part in settling one of the great shipwreck mysteries for the benefit of the Colombian people and maritime history buffs worldwide. We look forward to our continued involvement to answer the basic oceanographic research questions associated with the find.” 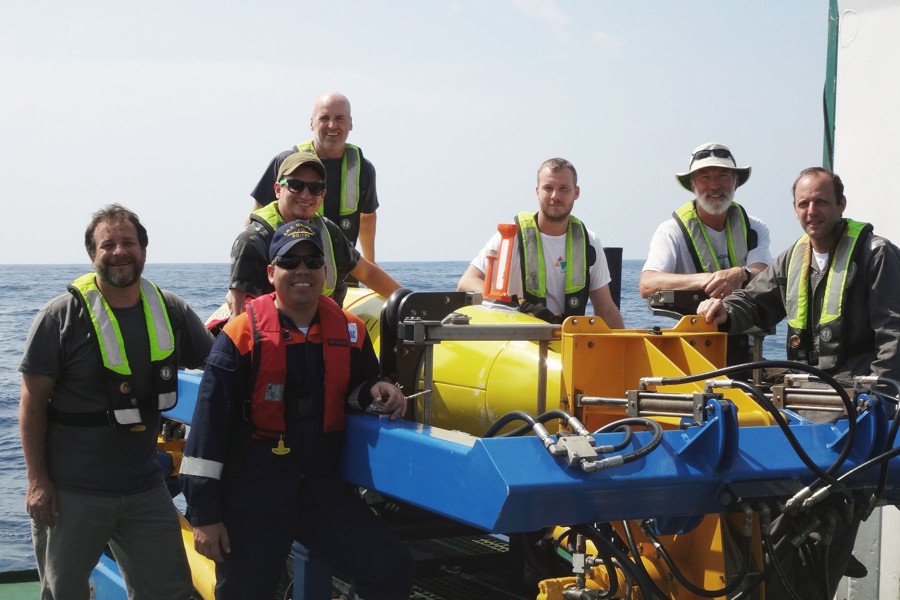 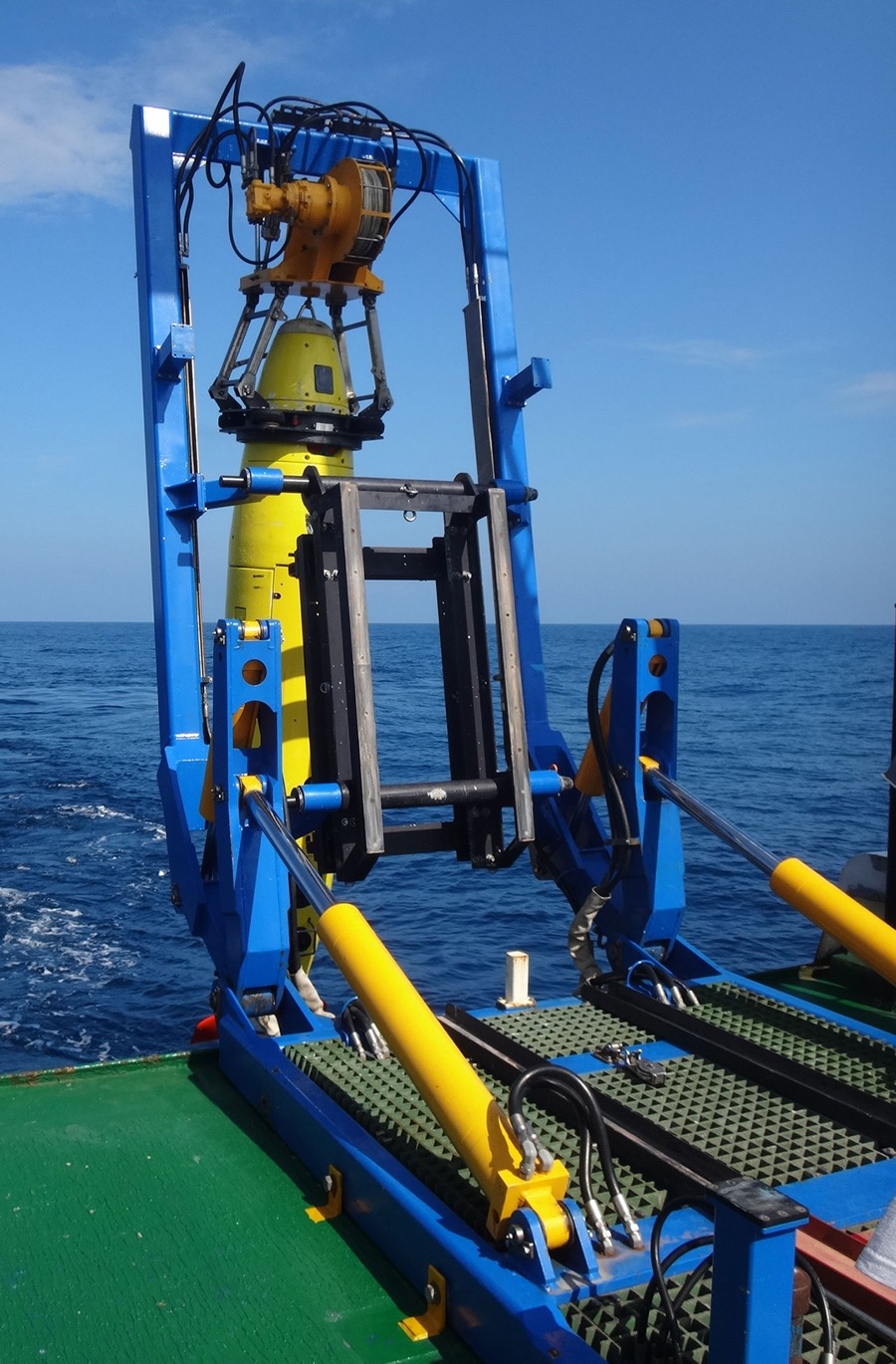 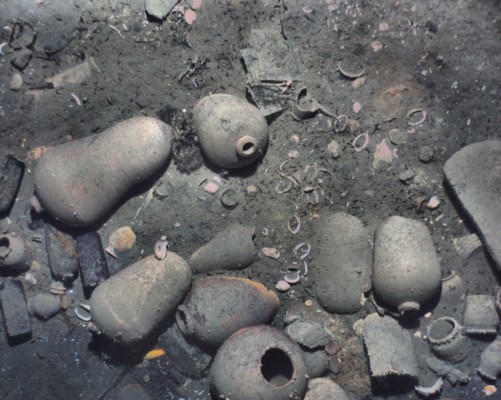