They will no longer round up immigrants at government buildings. 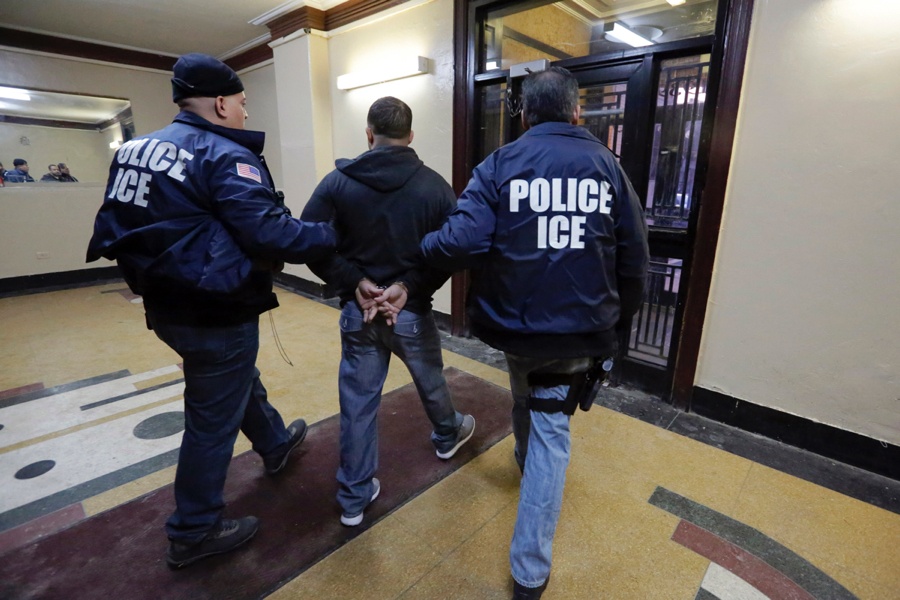 ICE officers will no longer round up undocumented immigrants at Massachusetts courthouses and other government buildings, an agency official said on Tuesday, a reversal of a policy that had the effect of punishing people trying to follow the rules.

Thomas Brophy, acting director of the Boston field office of the Immigration and Customs Enforcement—which is charged with hunting down and detaining people who violate immigration law—told a federal judge Tuesday that he ordered officers to cut it out in February, “unless there was a threat to national security or public safety,” the Boston Globe reports. Brophy disclosed the change in policy at a hearing over alleged errors during detentions.

There had been reports of several cases in which people were detained during appointments at the government offices where immigrants go to fill out paperwork and attend the interviews required to become a citizen. One woman, Lucimar de Souza, was reportedly separated from her American citizen husband and ten-year-old child and detained for four months this year during one such interview, which had been scheduled as part of her process of obtaining legal immigration status.

In April, the American Civil Liberties Union of Massachusetts filed a class action lawsuit to challenge ICE’s practice of separating married couples before they can obtain legal status, citing cases here and in Rhode Island. The ACLU has argued the detentions were illegal.

Massachusetts judges around the state have been criticizing the practice, which led to a rebuke from the Trump-appointed U.S. Attorney for Boston. “Some of our judges are motivated by their personal conclusions that it’s unfair in certain instances to deport somebody, and that’s not law. That’s just their personal feelings,” he said, according to the Globe. “I think some of our judges need to be more disciplined in that area.”