Massachusetts Has the Second-Largest LGBT Population in the Nation

A new report from Boston Indicators and the Fenway Institute found people who identify as lesbian, gay, bisexual, or something else face hardships and discrimination in the Bay State. 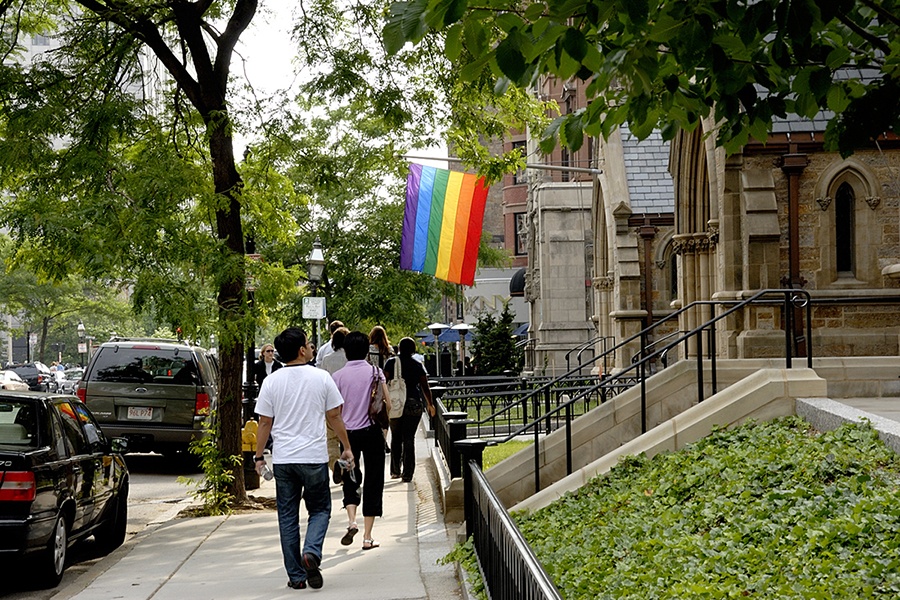 Boston Pride Week is right around the corner, and a sweeping report released Thursday shines a bright light on the size of and the challenges faced by the LGBT community in Massachusetts.

Nearly 16 percent of 18- to 24-year olds in the Bay State identify as lesbian, gay, bisexual, or something else, researchers from Boston Indicators, part of the Boston Foundation, and the Fenway Institute, housed under the Fenway Health umbrella, found. The LGBT community composes roughly 5 percent of the Massachusetts population overall, making the commonwealth the “second gayest” state in the country behind Vermont, according to the report.

The study, titled “Equality and Equity: Advancing the LGBT Community in Massachusetts,” takes a deep dive into Massachusetts’ LGBT history, policies, and demographics to paint a picture of the population today. All told, despite the fact that the Bay State has a strong legacy of supporting gay rights and a reputation for openness and inclusivity, there’s still tremendous room for improvement.

Nearly half of lesbian, gay, or bisexual youth in Massachusetts have considered taking their own lives, as compared to 11 percent of their non-LGB peers. LGBTQ youth of color, in particular, face “widespread discrimination” because they are “at the intersection of multiple identities that are often marginalized,” the researchers found. A significant share of these youth live with homelessness, food insecurity, and unemployment across Massachusetts.

“Despite the great strides we’ve achieved in Massachusetts over decades … the data demonstrates that we have a ways to go,” Grace Sterling Stowell, the executive director of the Boston Alliance of Lesbian, Gay, Bisexual, Transgender, Queer Youth, told the Boston Globe.

The commonwealth’s racial and ethnic demographics are reflected the state’s LGBT population, researchers found, with three-fourths of the LGBT community identifying as white. Additionally, the report notes that people who identify as lesbian, gay, bisexual, or something else make up an outsized share of Massachusetts residents at the bottom of the income ladder. Though same-sex couples out-earn different sex couples, 17 percent of LGB residents have an annual income of less than $35,000 in the Bay State.

Overall, despite the challenges faced by the LGBT population in Massachusetts, researchers ended on a positive note. With a strong commitment to data collection and a robust network of advocacy organizations, the report concluded the Bay State is “home to some of the most cutting edge and innovative pro-LGBT” policies and community resources nationwide.