Cassius Marsh “Wanted to get Waived” by the Patriots

The 49ers' defensive end criticized the team's culture in an interview with the San Francisco Chronicle and said his time in Foxoboro was so awful that he considered quitting football. 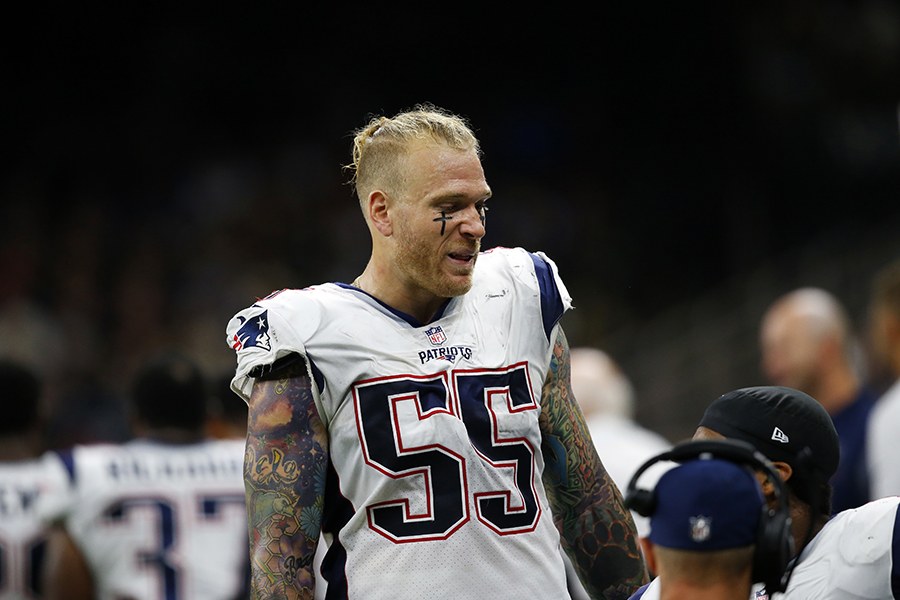 The peanut gallery is snipping at the Patriots again.

The defensive end Cassius Marsh criticized the team in an interview with the San Francisco Chronicle, claiming he “wanted to get waived” and “kind of asked to get cut” ahead of his departure for the 49ers in the middle of last season. The dissent stems from Pats leaders asking Marsh to play a role he apparently did not feel equipped to fill.

“They asked me to do a bunch of stuff that I had never done: covering running backs and receivers and basically almost never rushing the passer, which is what I did in playing the defensive line” Marsh told the Chronicle.

The fourth-round draft pick spent his first three seasons in Seattle before the Patriots traded fifth- and seventh-round picks to acquire him last September. He recorded 16 tackles and one of six career sacks in New England.

In addition to his frustrations with his role on the team, Marsh also took aim at the Patriots’ culture. He told the Chronicle he “just wasn’t a fan” of the “B.S. things” the Pats were doing. He echoed sentiments expressed by players like Lane Johnson, who blasted coach Bill Belichick’s squad of “robots,” and Nate Solder, who wrote about the “very businesslike, and at times… cold” environment in Foxboro in an essay for the Players’ Tribune.

“They don’t have fun there,” Marsh told the Chronicle. “There’s nothing fun about it. There’s nothing happy about it. … It made me for the first time in my life think about not playing football because I hated it that much.”

Playing a game for a living sure is tough.