The vast majority of the "extremely aggressive" birds need to be euthanized, according to the Massachusetts Society for the Prevention of Cruelty to Animals. 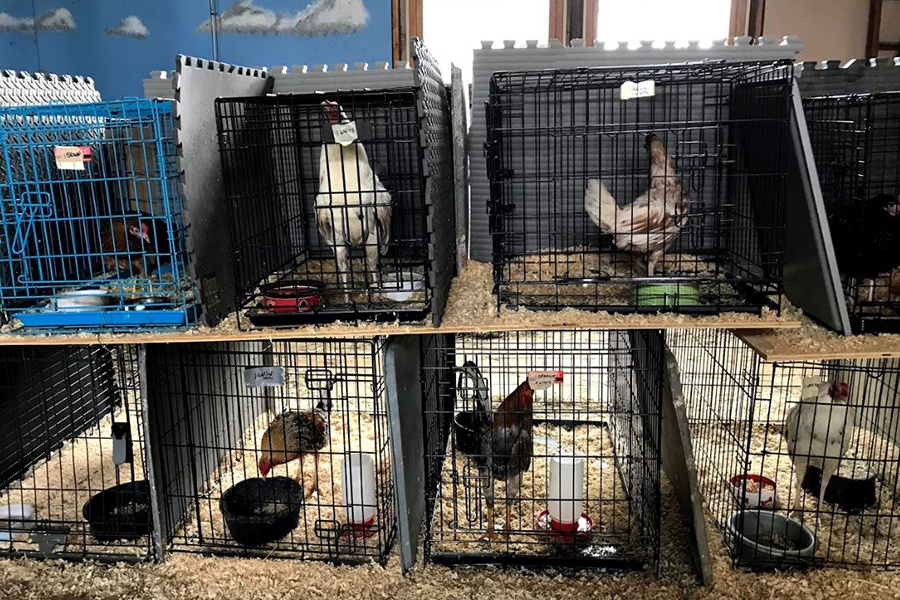 Authorities rescued nearly 400 roosters from a Northampton property late last week in the largest cockfighting bust in the history of the Massachusetts Society for the Prevention of Cruelty to Animals.

The vast majority of the “extremely aggressive” birds cannot be re-trained and will need to be euthanized, according to an MSPCA press release. Of the rescued animals, all but 100 hens were trained specifically for cockfighting, which encourages birds to fight to the death and is illegal in all 50 states.

“Cockfighting is an extremely cruel blood sport,” Mike Keiley, the director of adoption centers and programs at the MSPCA Nevins Farm, said in a press release. “We condemn the callous disregard for life shown by those responsible for raising these birds to fight.”

The animals, which are being housed individually at Nevins Farm in Methuen, are so aggressive that they must be kept under lock-and-key to prevent them from attacking each other. Their cockfighting training also makes it impossible for the MSPCA to place the rescued birds in homes, because they pose a risk to other animals, according to the press release.

“The kindest thing we can do for the vast majority of these birds is to humanely euthanize them,” Keiley said in a statement. “The roosters cannot be rehabilitated. All we can do now is spare them the brutal and bloody fate that awaits them in the ring.”

Though most of the birds will need to be put down, there’s hope for roughly 150 of the animals. In addition to the 100 hens who were not bred for cockfighting, MSPCA staff hope to save roughly 45 rooster chicks who still have a chance at rehabilitation and “may be adoptable” according to the press release.