Researchers from the University of Massachusetts-Boston assessed the feasibility of two barriers to protect the shoreline from the effects of rising sea levels and climate change. 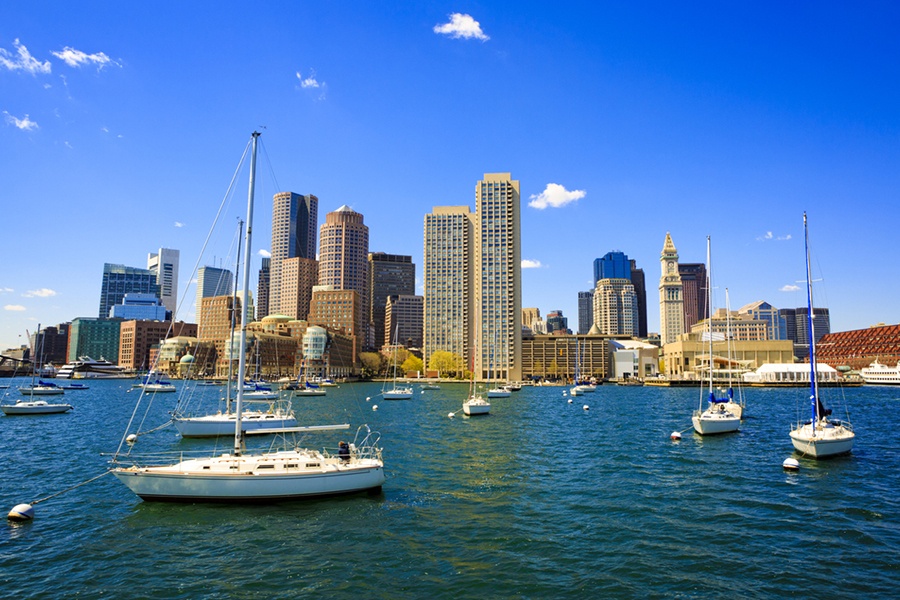 Build the wall, they chanted.

It will solve the problem, they believed.

Not so fast, the researchers said.

A new report from the University of Massachusetts-Boston Sustainable Solutions Lab examined the feasibility of building a giant wall in Boston Harbor to protect against flooding and the effects of climate change. But, much like a barrier on the Texas or Arizona border, the cost of such a project could prove to be prohibitive—and Mexico sure isn’t going to bail us out in this case, either.

The City-led commission analyzed the environmental, budgetary, and social impacts of two different barrier configurations aimed at keeping the Massachusetts shoreline above water in the coming years. A 2016 study from Climate Ready Boston found sea levels could rise three feet by the end of the century, resulting in more severe flooding over time. The first plan assessed in the UMass-Boston study constitutes an Outer Harbor wall stretching 3.8 miles between Winthrop and Hull, while the second includes an Inner Harbor barrier between Logan Airport and the Seaport.

The rub, the scientists wrote: “Neither barrier system appears to be cost-effective.”

According to the analysis, if a wall is built, it likely won’t be operational until 2050, at the earliest, and it could cost up to $11.8 billion. On top of that, because sea levels will continue to rise, wear-and-tear on such a barrier will only increase over time. As the effects of climate change accelerate, the wall would need to be relied upon more regularly, reducing its lifespan to just 50-60 years, according to the report. Combined, these factors, the researchers wrote, “make eligibility for federal funding very challenging, if not impossible.”

Instead of building a wall, the UMass-Boston researchers recommended the city focus on a series of district-level, shore-based solutions to combat climate change. These projects include smaller-scale flood barriers, zoning protections, and other local initiatives that will likely be more cost-effective.