Pride and Joy: Our Guide to Boston Pride Week Celebrations

No other town celebrates Pride Week like Boston. Here’s how to party and parade like a pro. 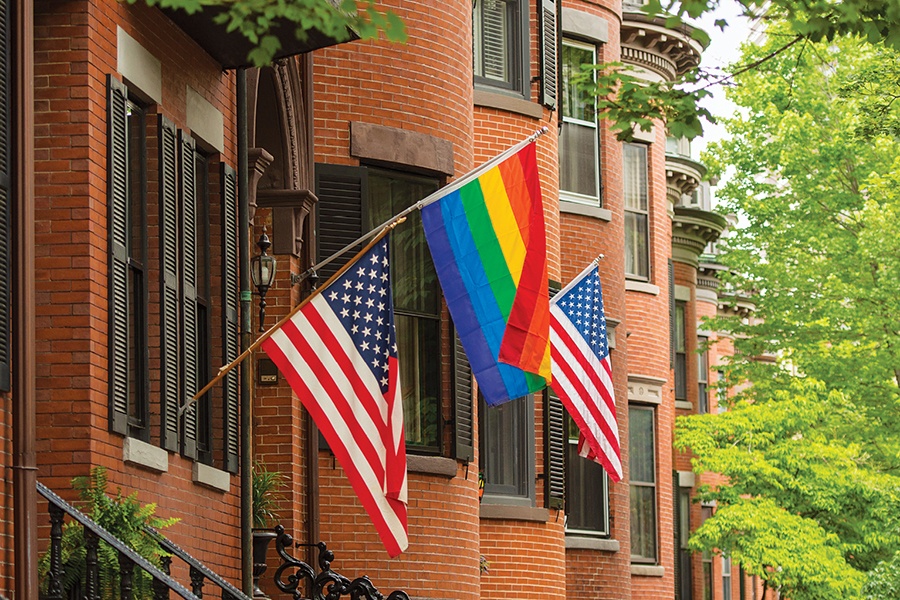 From Zumba classes to drum shows, this event covers all the bases. Planned with an eye toward family entertainment, it’s a great excuse to get the kids out of the house and into the festivities.

The Boston Center for the Arts lights up the plaza’s evergreen tree in pink—a ceremony first created to commemorate members of the LGBTQ community affected by the HIV/AIDS epidemic.

Ticket-holders are privy to an exclusive pre-game Pride party on the right-field roof deck. Afterward, the rainbow flag will fly high while the Sox host the Detroit Tigers.

Nothing says Pride like an old-fashioned block party. This annual neighborhood bash begins early in the day with lively events—last year’s Divas, Dogs, and Drag Show was a hit—before turning into a dance party.

Don’t even think about driving to the parade on June 9. If you’re heading in from the ’burbs, hop the commuter line to Back Bay station, located near the parade route. If you’re a city slicker, walk or bike to avoid getting sardined on the T.

Bottles of water and sunscreen are a must, and it might not be a bad idea to toss a raincoat into your bag in case of a passing shower—or that rainbow umbrella hat you’ve been holding onto since last year.

Ideally, you have a friend with a killer balcony in the South End from which you can watch the parade. If not, stake out a shaded spot near the Arlington Green Line stop, where you’ll be in the thick of the celebration.

Barcelona Wine Bar offers a front-row seat to the festivities and a stellar vino program. Or step away from the parade route for cocktails at the Gallows: Eye of the Thai-Grrr (Meyer lemon tequila, Thai chili agave, lemon, and bubbles), anyone?

“I’m proud of who I am. I’m proud of the fact that for the first time in our country’s history we will have a gay attorney general.”

“This is like winning the World Series and the Stanley Cup on the same day.”

— Susan Shepherd, on becoming half of one of the first gay couples to legally marry in Massachusetts

“I’m used to being in the minority. I’m a left-handed gay Jew. I’ve never felt, automatically, a member of any majority.”

— Former Congressman Barney Frank, during the late 1990s, making light of his being a gay politician

“Many have come before you in this fight to live a life openly and equally, but it is my hope that none will have to come after you to achieve this basic human right.”