Tyler Martin, who plays linebacker and tight end at Buckingham Browne & Nichols, is not your average 15-year-old. 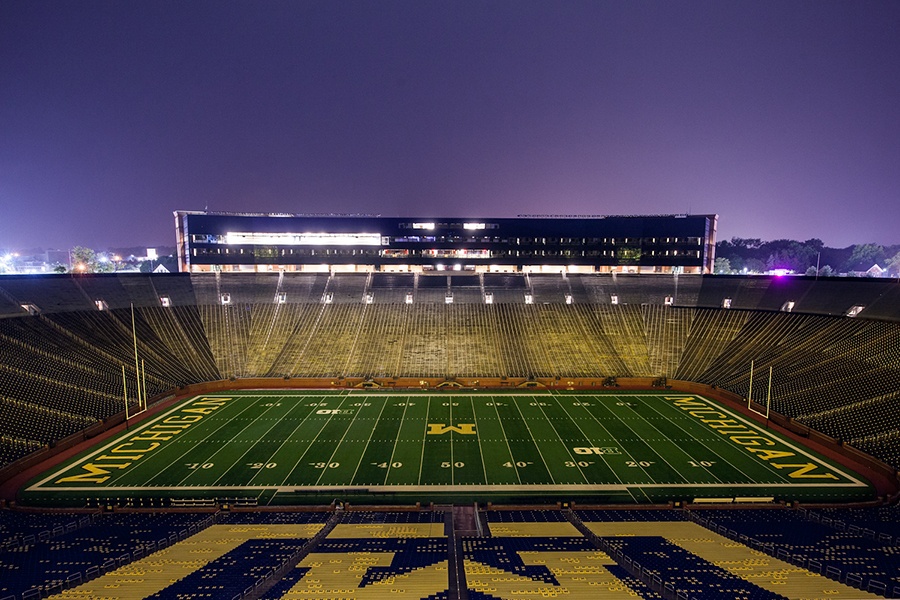 He’s not old enough to vote, drive a car, or take a drink, but Tyler Martin’s future is golden—er, maize.

The 15-year-old, who plays linebacker and tight end at Buckingham Browne & Nichols, announced on Twitter last week that he had received an offer from the University of Michigan’s football program. But Martin, at 6 feet 3 inches tall and 227 pounds, will have to wait a few years before stepping foot in the Big House—after all, he’s only in the eighth grade.

Extremely excited and honored to receive an offer from The University of Michigan! Huge thanks to @FBCoachDBrown @CoachJim4UM @Coach_Willey_FB #GoBlue pic.twitter.com/TPi0b6WIkx

Martin, whom the Boston Globe reports made over 100 tackles last season, can’t formally commit to any school until the winter of his senior year of high school. And though the Wolverines may be the first to pounce, it’s hard to imagine other schools won’t be interested in his talents.

“We’ve had some outstanding players and outstanding eighth-graders … but the way he has developed has been impressive,” BB&N coach Mike Willey told the Globe. “He’s physically gifted and his work ethic has been tremendous.”

It’s not unprecedented for top college football programs to start scouting future players this early, and Martin isn’t even the only middle-schooler who received an offer from Michigan this year. But the talented linebacker is the first eighth-grader to capture an offer in BB&N history, according to the Globe. And, of course, it’s not just any school that wants Martin among its ranks; it’s one of the most storied teams in the country.

“It was a crazy feeling, being this young and the magnitude of Michigan being the first school to actually offer me,” Martin told the Detroit Free Press. “It was cool and crazy at the same time.”

Several BB&N players have gone on to Division 1 college football programs in the last few years, including Eric Olson, who played for Northwestern, Mike McCaffrey, who suited up at Holy Cross, and Jay Symonds, who will begin his freshman year at Stanford in the fall, according to the Globe.