The bridge, which connects the West End and Kendall Square, hasn't been operational since 2013 and boasts a new traffic configuration. 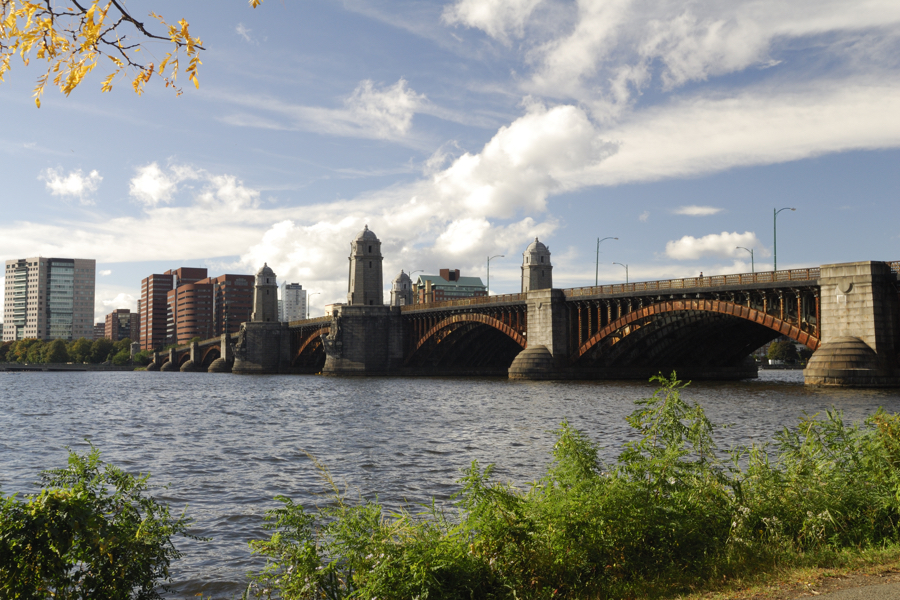 Roll out the red carpet, pop some champagne, and blast your favorite summertime song: It’s time for a celebration, Boston.

From tasty restaurants to free fitness classes, there are plenty of reasons to get excited about life in the Hub right now. But none—and we really mean none—get our blood pumping quite like a brand-new traffic configuration.

Thursday morning marks a new dawn, a new day, a new life for commuters across this great city, because the Longfellow Bridge is finally open again.

Yes, you read that correctly.

Year after year, the roadwork, which was supposed to finish in 2016, dragged on, limiting bridge access to one measly lane from Cambridge to Boston and no car access in the other direction. Red Line riders were often relegated to buses across the Charles River on weekends, and the project simply seemed endless. But now, after five years, hundreds of millions of dollars, and an infinite number of headaches, the thoroughfare is back in action.

The repaired artery between the West End and Kendall Square boasts two car lanes to Boston and one to Cambridge, in addition to separate, pylon-protected bike lanes, according to the Boston Globe.

The Longfellow Bridge, which opened in 1906, features “salt and pepper towers” and was updated with an eye toward the past. But, the structure’s history delayed the $300 million project’s completion, as officials took extra care and extra time to preserve the bridge’s character with appropriate construction techniques, according to the Globe.

And though drivers, cyclists, and pedestrians can now use the bridge, the work isn’t entirely done just yet. Work on the bridge itself is expected to linger for a few months, and the footbridge connecting Charles Circle to the Esplanade is not expected to reopen until the fall, according to the Globe.