The president was reportedly angry when he found out the quarterback did not intend to visit Washington, D.C., after the Patriots' 2017 Super Bowl victory. 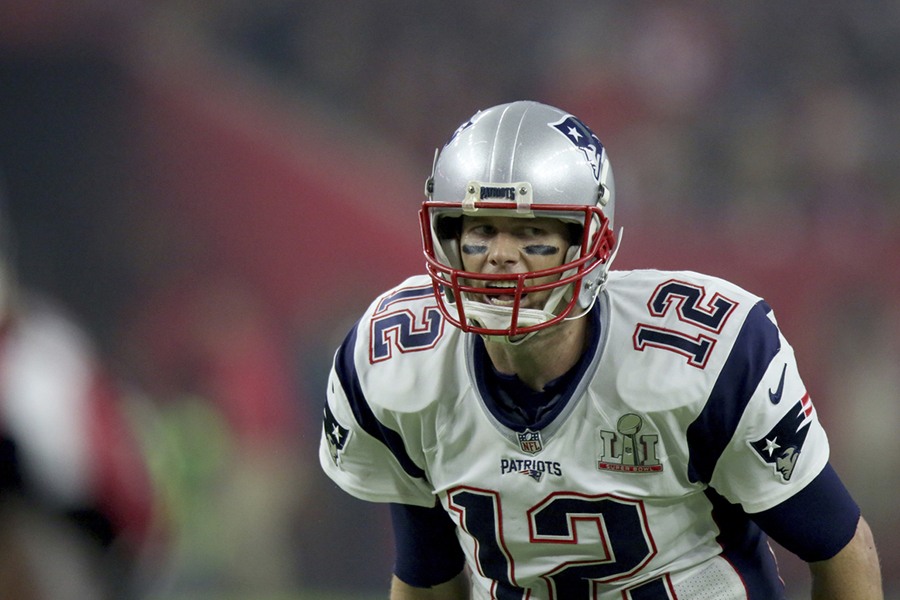 Like a social climber scorned by the most popular kid in school, the president was unhappy when quarterback Tom Brady announced his plan to skip the team’s visit to the White House following the 2017 Super Bowl. According to the Washington Post, after Brady RSVP’d “no” to 1600 Pennsylvania Ave. last April, the president grew upset, met with several aides about the situation, and called Patriots owner Robert Kraft. It was surely the best use of the Executive Branch’s time.

Despite the president’s wishes, Brady, of course, did not attend the ceremony last spring, citing family issues. Several of his teammates, Danny Amendola and Dont’a Hightower among them, similarly skipped the White House festivities. The absences apparently left Trump, who has enjoyed friendly relationships with Brady, Kraft, and coach Bill Belichick, feeling snubbed.

But those hurt feelings were nothing compared to the ostensible pain that the Philadelphia Eagles and their First Amendment rights have caused the president.

On Monday, Trump disinvited the Super Bowl champions from a White House gathering to celebrate their victory, tweeting that only a few players had planned to come, anyway. In a statement, Trump said the Eagles “disagree with their president because he insists that they proudly stand for the National Anthem,” and that the fans who planned “to attend the event deserve better.” The Eagles’ visit will be replaced by a celebration “that will honor our great country … and loudly and proudly play the National Anthem,” according to the statement.

In September, Trump disinvited Golden State Warriors star Stephen Curry from the White House following his team’s championship run. The president tweeted that because the two-time NBA MVP hesitated to accept his invitation, he was no longer welcome. Instead of attending the presidential ceremony, the Warriors opted to spend a day with children at Washington’s African-American history museum.