If you see something, say something. 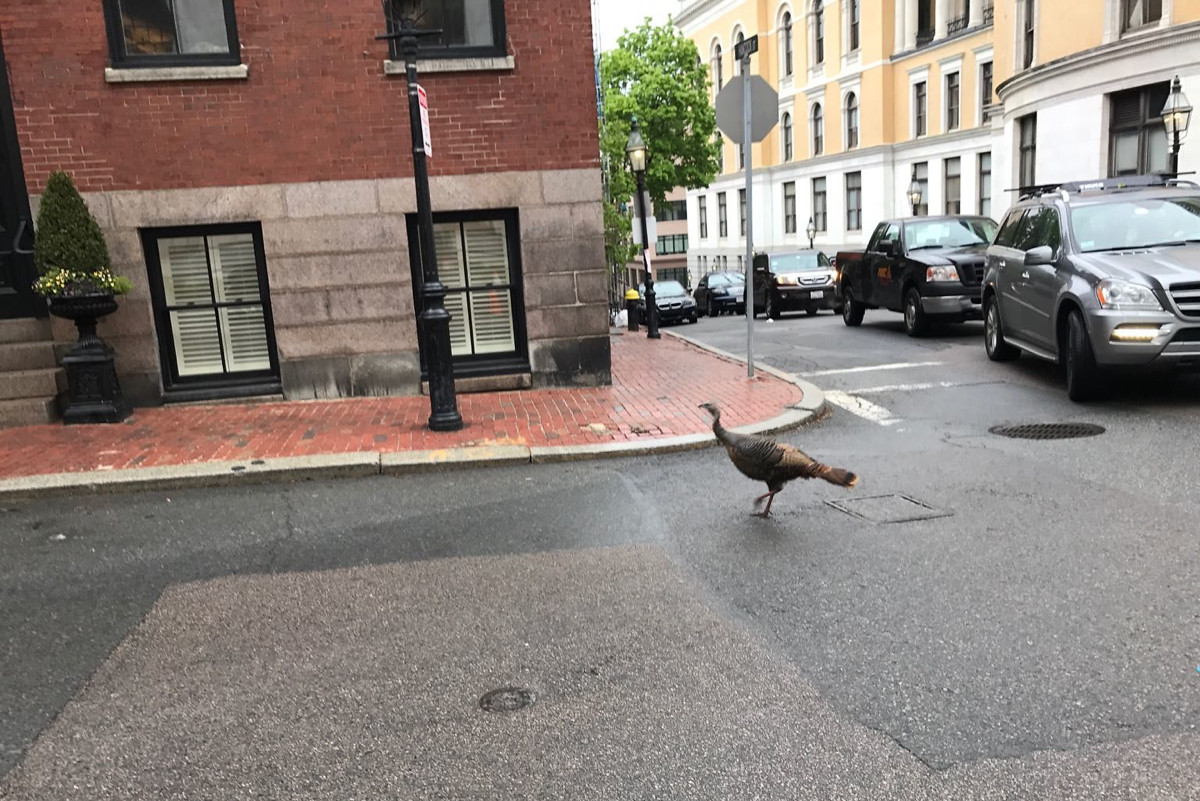 As you have probably noticed, the turkeys are everywhere. They’ve been seen strolling through Beacon Hill, hanging out in Brookline, and they’ve been known every now and then to smash through bedroom windows. This summer, to get a better understanding of how many of the feathery, and occasionally aggressive, birds are currently mingling with us, the state is asking for your help counting them.

From June through August, the state’s Division of Fisheries and Wildlife is asking hunters, birdwatchers, and others to record sightings of the birds and have launched an online form to record the findings. You can also print out a paper version and submit it to the MassWildlife Field Headquarters in Westborough at the end of the season.

“The brood survey helps our biologists determine productivity and compare long-term reproductive success while providing an estimate of fall harvest potential,” the division says on its website. “Citizen involvement in this survey is a cost-effective means of gathering useful data, and can be a fun way for people to connect with nature.”

The turkey has a long history in Massachusetts, and has seen a population boom over the past several decades. The last of the native birds were killed off in the 1800s, according to the state’s website, but their numbers saw a resurgence beginning in the 1970s when turkeys were brought here from New York. Efforts to bolster the population of the birds, which are considered “an important natural resource,” continued until 1996, and it’s now estimated that more than 25,000 of them call the state home.

The form asks turkey-spotters to record whether they see hens, poults (babies), jakes (juveniles), or toms (adult males). Not an expert at discerning which is which? You can consult this helpful guide.

It does not, however, ask respondents if they’ve witnessed turkey-led seances, which seems like a major oversight.