Massachusetts produces the second-largest share of the fruit nationwide. The retaliatory taxes come in response to aluminum and steel tariffs imposed by President Trump. 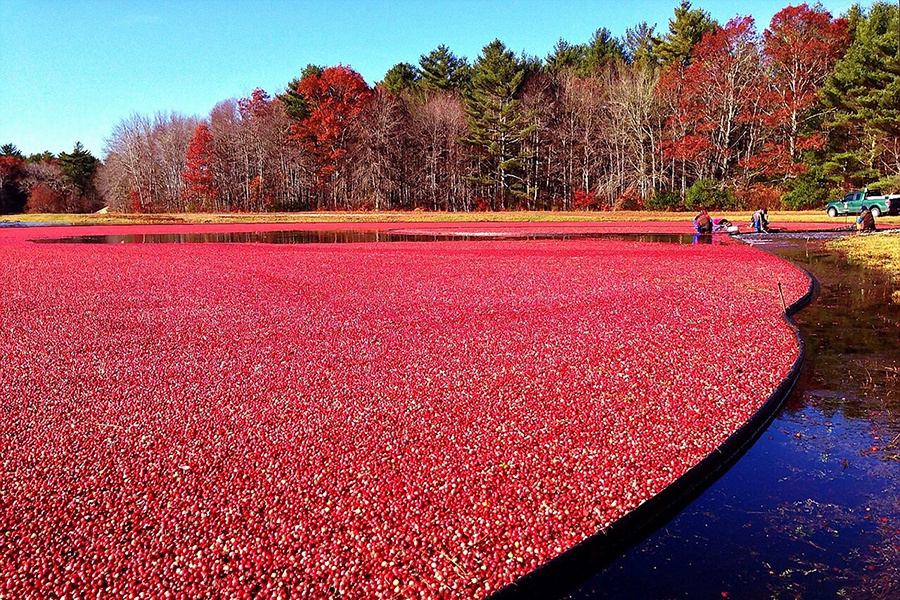 The cranberry industry can breathe a sigh of relief.

The Massachusetts mainstay was among the list of products the European Union said it would target with retaliatory tariffs beginning in July. But on Friday, Rep. Bill Keating, who represents Cape Cod, told the Boston Globe that though cranberry juice remains a target for tariffs, the prepared and preserved varieties of the fruit will be taken off the list.

“The last few months, I have been in touch with EU officials … on trade issues,” Keating told the Globe. “During this time, I’ve made a case that the cranberry industry would be collateral damage in this ridiculous trade war.”

The duties come in response to tariffs imposed by President Trump on aluminum and steel and aim to affect around $3.4 billion-worth of American products, according to Time. Much has been made about the political bent of some of the industries targeted by the EU’s forthcoming tariffs—after all, it doesn’t seem like a coincidence that bourbon and blue jeans, both products of Sen. Mitch McConnell’s Kentucky, found their way onto the list. The inclusion of cranberries may have been politically motivated, too, considering the only state that grows more of the fruit than Massachusetts is Wisconsin, home to House Speaker Paul Ryan.

According to the Cape Cod Times, the cranberry industry accounts for 6,900 jobs in the Bay State and has a $1.4 billion impact on the economy. The EU is the largest importer of Massachusetts cranberries, and tariffs, Keating said, would have hurt farmers for the sake of politics.

“In the big picture, what would have been an effect here on the one industry demonstrates how wrong this abuse of national security tariffs have been on our businesses and our consumers,” Keating told the Cape Cod Times. “This is a job thing.”