MBTA general manager Luis Ramirez said in a tweet that a model of the T's new cars has left production plant in Changchun, China. 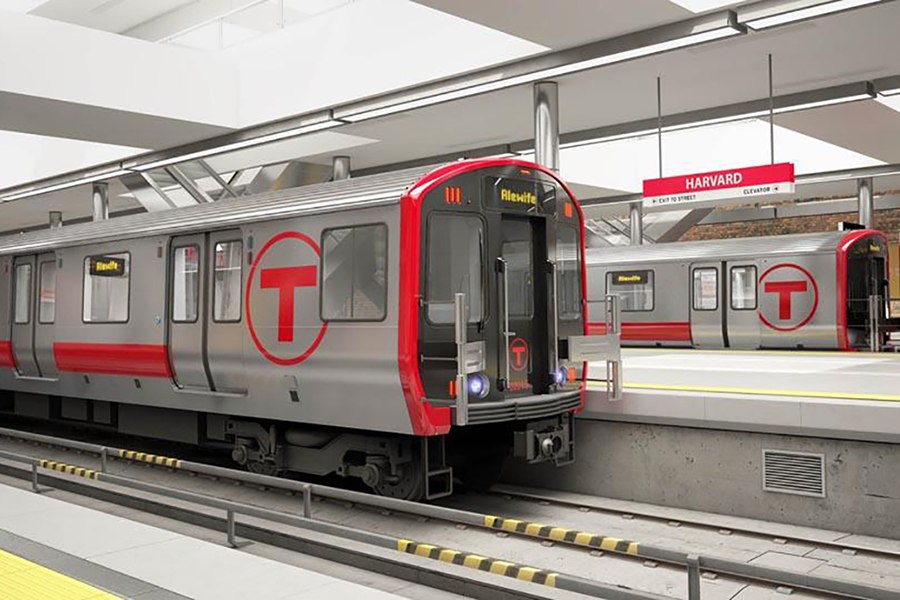 Sure, President Trump and Kim Jong-un met in a historic summit in Singapore. Yes, Attorney General Jeff Sessions announced the U.S. would no longer grant asylum for victims of domestic and gang abuse. And, of course, the Supreme Court ruled on a huge voting rights case in Ohio.

A model of the T’s new Red Line cars departed from the CRRC factory in Changchun, China, MBTA general manager Luis Ramirez said on Twitter. And though the pilot trains won’t actually be delivered until 2019, riders will be able to catch a sneak peek of the new cars much sooner.

“This summer, we’ll put it on display for the public to get a look,” Ramirez said in a tweet.

BREAKING: The mock-up of a new #MBTA #RedLine car has left the @CRRC_global plant in Changchun, China. This summer, we’ll put it on display for the public to get a look. Stay tuned for details! pic.twitter.com/RJZfN6Xwof

That’s right: Like the Little Mermaid marveling at all the gadgets and gizmos in her cave, commuters will be able to admire a mock-up of the sparkly new trains before the season’s heat breaks for fall. And though Ramirez was light on details, officials told the Boston Globe that the model will be about two-thirds the size of the forthcoming cars.

The MBTA aims to replace all of its Red Line trains by 2023. The 252 new cars are being built by the CRRC, a Chinese manufacturer with a plant in Springfield.

But that’s not all the MBTA is up to. The T is also giving its Orange Line trains a makeover and is set to have an entirely new fleet on the tracks by 2021. A replica of the new Orange Line trains was on display at City Hall Plaza for several days in April 2017.