A Car Crashed into the Sean Collier Memorial, But Didn’t Damage It

It was an accident, police say. 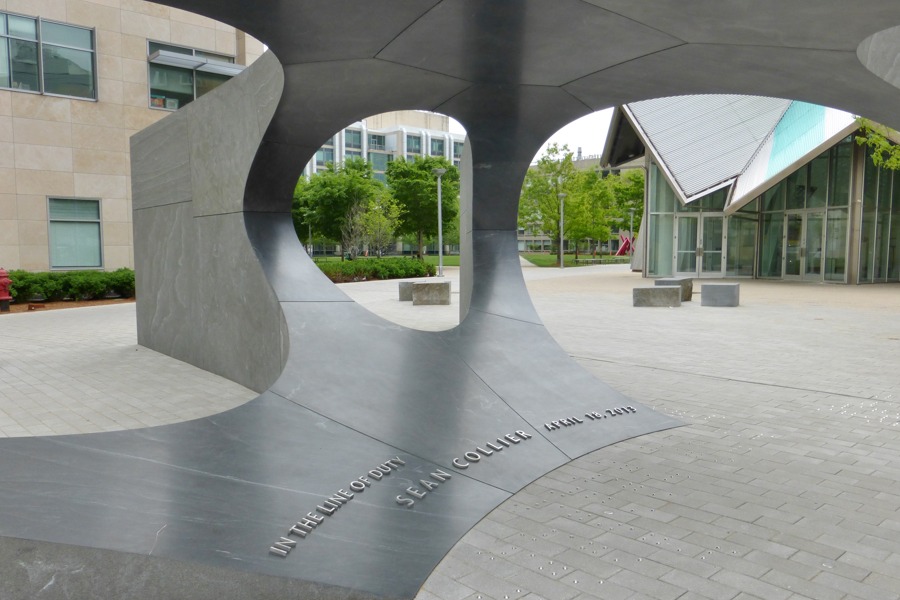 Phew. It appears that very little damage was done and no one was was seriously injured when a car crashed into the Sean Collier memorial on the MIT campus overnight.

A car veered onto the section of the Massachusetts Institute of Technology campus where the monument sits at around 12:30 a.m. Thursday, according to police, but the granite structure reportedly sustained only minor damage.

“We have been told that there doesn’t appear to be any structural damage to the memorial though some repairs will be needed,” the Sean Collier Memorial Fund wrote on Twitter Thursday morning. “We are grateful that no pedestrians were injured in this accident.”

Police say the driver, identified only as a 52-year-old man, was not intoxicated and that the incident appears to have been an accident.

Photos from the scene show scuff marks against part of the memorial, which had been roped off with police tape.

A car collides with the Ofc. Sean Collier memorial on the MIT campus. Happened at around 1am. No word yet on how the crash happened. @7News pic.twitter.com/lQIRRJZAjM

Here’s a look at what appears to have been the path of a vehicle that crashed overnight into the memorial @MIT for fallen Officer Sean Collier. Live reports from #Cambridge #WCVB pic.twitter.com/efX2mdQEmK

MIT installed the memorial in 2015 at the site where Collier, a 27-year-old campus police officer, was shot and killed on April 18, 2013 in the wake of the Boston Marathon bombings. It’s made of 32 interlocking bricks of solid granite, per the MIT website. More than 3,000 attended a ceremony for the unveiling of the memorial in 2015. Efforts to preserve the memory of Collier persist to this day, including a scholarship fund in his name.