Throwback Thursday: The First Victim of the Boston Strangler Is Found

Anna Slesers was discovered dead on the floor of her Back Bay apartment. She was the first of 13 women to be murdered during a spree that paralyzed the Hub with fear. 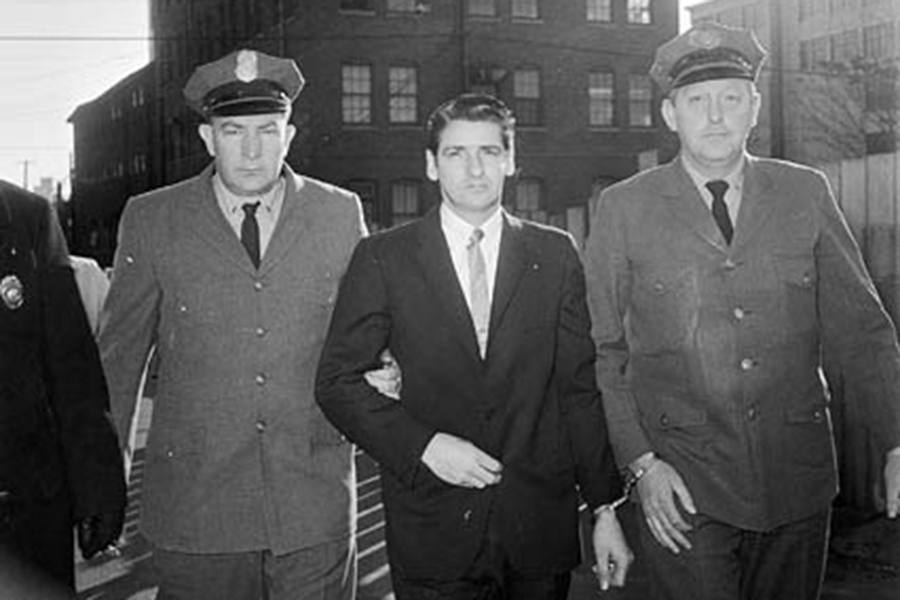 Anna Slesers was a seamstress. She was a mother. She was supposed to be at a church memorial service.

But Anna Slesers became a victim.

On June 14, 1962, Slesers’ 23-year-old son found her strangled to death on the kitchen floor of her Gainsborough St. apartment. The 55-year-old’s blue housecoat had been ripped open, its belt tied hauntingly around her neck in the shape of a bow. Slesers had no enemies, her son told the Boston Globe.

A dozen other women between the ages of 19 and 85 would meet the seamstress’ fate over the next 19 months, as the Boston Strangler unleashed psychological havoc and horrifying violence on the Hub. The women were physiotherapists, nurses, and students. They were found in Dorchester, Cambridge, and Lynn. Several of them were strangled with their own nylon stockings. Many lived alone.

Fear gripped the city, as hardware stores experienced higher demand for locks and bolts, and some residents left Boston altogether. Much of the terror was rooted in the fact that the murderer didn’t break into his victims’ homes; in broad daylight, they let him in, presumably under the pretense that he was a salesman or repairman, according to The Atlantic.

And after each crime, the Boston Strangler vanished, leaving the city paralyzed by fear.

But then, a man confessed.

In 1967, Albert DeSalvo, a 34-year-old who had been arrested on separate charges, was sentenced to life in prison after he admitted he had strangled the women to death. DeSalvo, however, was never actually convicted of the crimes, and some observers of the case doubt the validity of his confession.

Soon after he was sentenced, DeSalvo escaped from Bridgewater State Hospital with two other inmates. He turned himself in three days later and was transferred to a maximum-security facility. Then, in 1973, DeSalvo was found stabbed to death at Walpole State Prison.