Another sign that summer is upon us: The ocean predators have returned to Massachusetts' coastal waters. 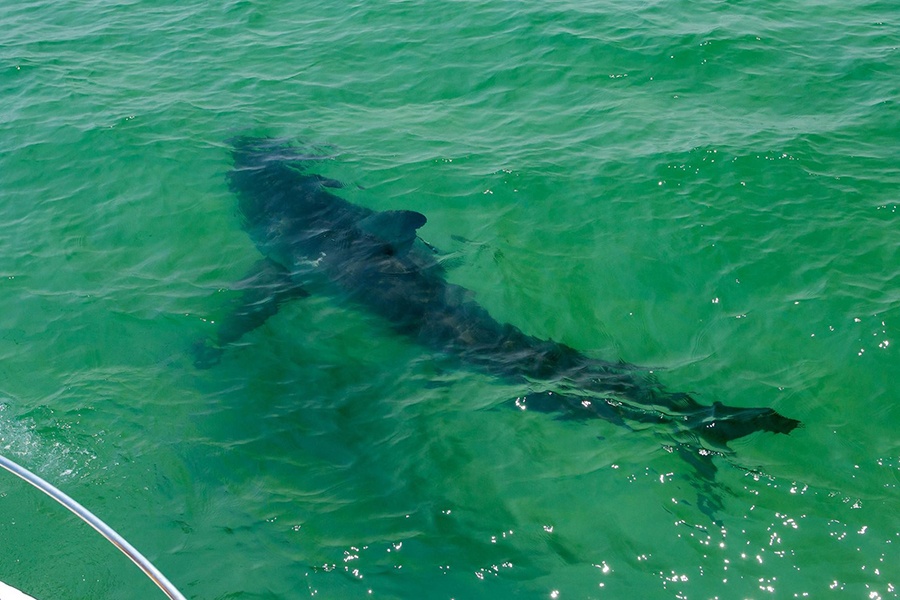 Nothing says, “beach day” in Massachusetts quite like sunburns, sandals, and sharks.

The Atlantic White Shark Conservancy may not have kicked off its research season until Thursday, but great white sharks have already been detected off the Cape, NBC Boston reports. According to recordings from Sharktivity, the Conservancy’s app that tracks the ocean predators’ movements, three great whites have been detected so far this month: On June 12, “Omar” set off signals near Chatham; on June 9, “Turbo” was detected off Wellfleet; and on June 11, “Sandy,” triggered detectors off Chatham.

The timing of the great whites’ homecoming is pretty standard, according to the state’s website, which notes the predators typically surface along the coastline between May and November. There’s been an uptick in great white detections off Cape Cod in recent years, though researchers from the Atlantic White Shark Conservancy said in a statement that the numbers don’t necessarily mean the shark population is growing.

Unprovoked shark attacks are extremely rare, and the odds of being killed by a shark are 1 in 3,700,000, according to National Geographic. Still, beachgoers should take all shark-related advisories seriously. The Conservancy recommends swimmers avoid seals, which are common prey for the predators, and advises people limit solitary swimming, particularly at dawn or dusk.