Poll: Preserving the Transgender Protections Law Is No Sure Thing

A survey found only 49 percent support keeping the law, while 37 percent want to undo it. 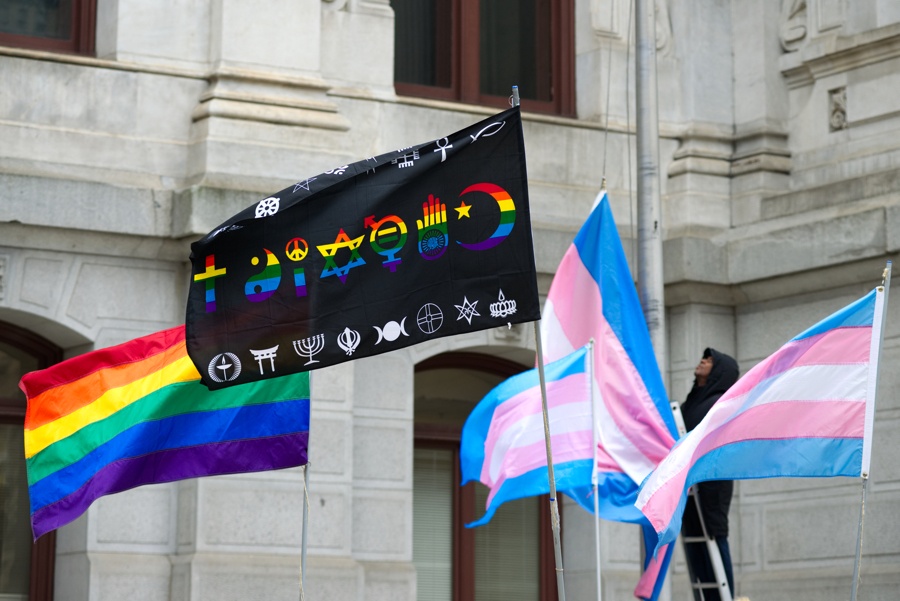 Activists for transgender rights had a lot to celebrate in 2016 when they successfully fought for a bill that would shield the trans community from discrimination in public places—including, most controversially, in bathrooms and locker rooms. But their work is not done. An effort is underway to repeal the new law via ballot question during the November election, and recent polling suggests that opponents may come close to achieving that goal.

A poll out this week from Suffolk University and the Boston Globe found that just 49 percent of the 500 people surveyed said they are in favor of keeping the transgender protections law (referred to derisively as the “bathroom bill”) in place. Meanwhile, 37 percent said they support repealing the law, and 13 percent are undecided. A previous poll from MassINC and WBUR found 52 percent of residents support keeping the law, while 38 percent want to see it repealed. Both sides have seen the early numbers as encouraging, Boston.com reported this week: The pro-trans side because it appears to have at least a plurality of supporters, their opponents because their numbers remain strong.

Freedom for all Massachusetts, which led the charge for the bill’s passage two years ago, is urging supporters to be vigilant this year. “Upholding #TransLawMA at the ballot will require one of the largest grassroots campaigns #Massachusetts has ever seen—making the case that our #trans neighbors should be treated with dignity and respect,” the group tweeted Thursday. “It won’t be easy, but we can win this!”

Opponents of the law, led by a group called Keep MA Safe have begun their messaging campaign, including running a fear-mongering ad featuring a little girl horrified by a giant, masculine figure applying lip gloss in a women’s bathroom. There will be more of that to come.

But if you thought this might be a slam-dunk for transgender rights activists come November, think again.