An idea with overwhelming support statewide has been stricken from the ballot. 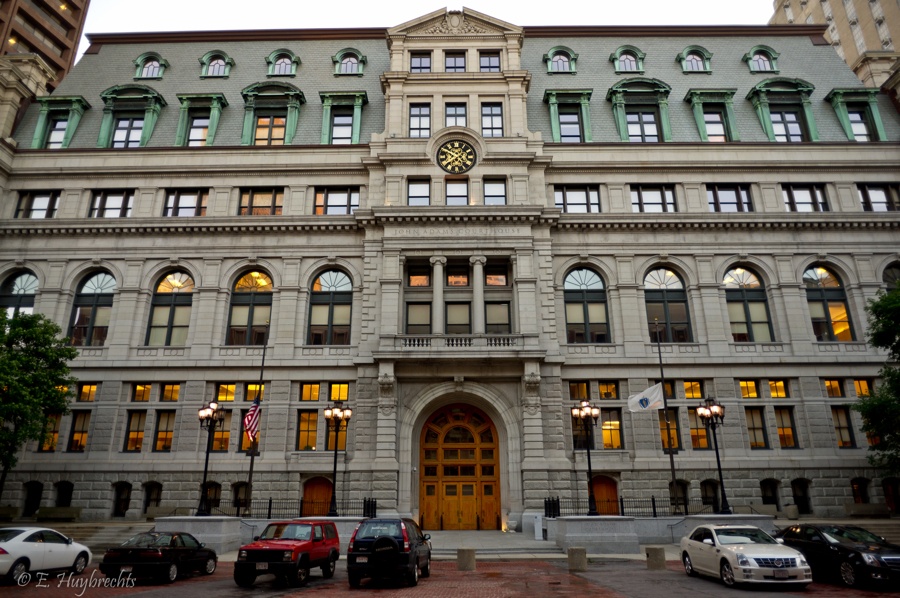 After a long wait for a decision that will have widespread political consequences in the state, the Massachusetts Supreme Judicial Court has ruled against the so-called “millionaire’s tax,” meaning voters will not get the chance to vote on the issue in the 2018 election. The court made the announcement Monday morning.

At issue had been whether a long-discussed 4 percent surtax on income over $1 million could be decided via a ballot question championed by a group called Raise Up Massachusetts.

Opponents of the idea—including the Massachusetts High Technology Council, Associated Industries of Massachusetts and the Massachusetts Competitive Partnership—argued that it was unconstitutional, pointing to the fact that the ballot question would have earmarked revenue raised by the tax for schools and public transportation. They also warned that a new tax on the wealthy would scare off entrepreneurs and investors.

The SJC wrote in its ruling that the ballot question didn’t offer a fair choice for voters who might in theory support raising taxes on the wealthy, but reject having that money spent in the way called for in the question’s wording.

“A voter who commuted to work on an unreliable subway line, but who did not have school-aged children and was unconcerned about public education, might want to prioritize spending for public transportation, without devoting additional resources to public education, but would be unable to vote for that single purpose,” it said. “A parent of young children, who lived in a rural part of the Commonwealth and did not own a motor vehicle, would be unable to vote in favor of prioritizing funding for early childhood education without supporting spending for transportation.”

The decision comes as the state legislature debates a series of measures as part of a so-called “grand bargain” on calls for a $15 minimum wage, mandatory paid family medical leave, and cut to the state sales tax. A graduated income tax requires a constitutional amendment, which needs to be approved directly by voters.

Massachusetts overwhelmingly supports the 4 percent additional tax on the state’s highest earners. A poll earlier this year found 77 percent of respondents were in favor, with 57 percent indicating they “strongly” supported it. It’s been estimated the millionaire’s tax would have brought in somewhere in the neighborhood of $2 billion in new revenue.

Raise Up Massachusetts, which noted that it collected more than 157,000 signatures in support of its initiative, said in a statement it was “incredibly disappointed that a few wealthy corporate executives and their lobbyists brought this lawsuit that blocked the right of Massachusetts to amend our state’s constitution.”

In light of the ruling, the nonprofit Transportation for Massachusetts on Monday put pressure on the state to tackle transit issues in other ways, specifically a bill that would allow voters to decide on projects with regional ballot measures. “Our transportation system isn’t working well for residents, businesses, or communities. US News & World Report ranks us 45th in the nation on infrastructure, and the average driver in Greater Boston wastes $2,000 per year stuck in traffic,” Dempsey wrote. “Despite the SJC’s ruling, this problem isn’t going away — it must be faced head-on.”

The business groups that fought for the ballot question to be overturned, meanwhile, cheered the outcome. “Today, the Massachusetts Supreme Judicial Court affirmed the ongoing importance of the Constitution’s safeguards against citizens’ initiatives to amend the Constitution that combine multiple subjects that are unrelated,” they wrote in a joint statement.  This historic decision will prevent special interests from circumventing the Constitution’s separation of powers, under which the Legislature must determine specific public expenditures and specific tax rates on specific groups of taxpayers.  This case was not about whether a graduated income tax is good public policy or bad public policy, it was about how the proponents tried to achieve it – a method in direct violation of the Constitution under which the Legislature’s deliberative taxing and spending authority would have been severely limited.”