How to Protest the Family Separation Policy in Boston

"Zero tolerance" at the border has inspired rallies around the country. 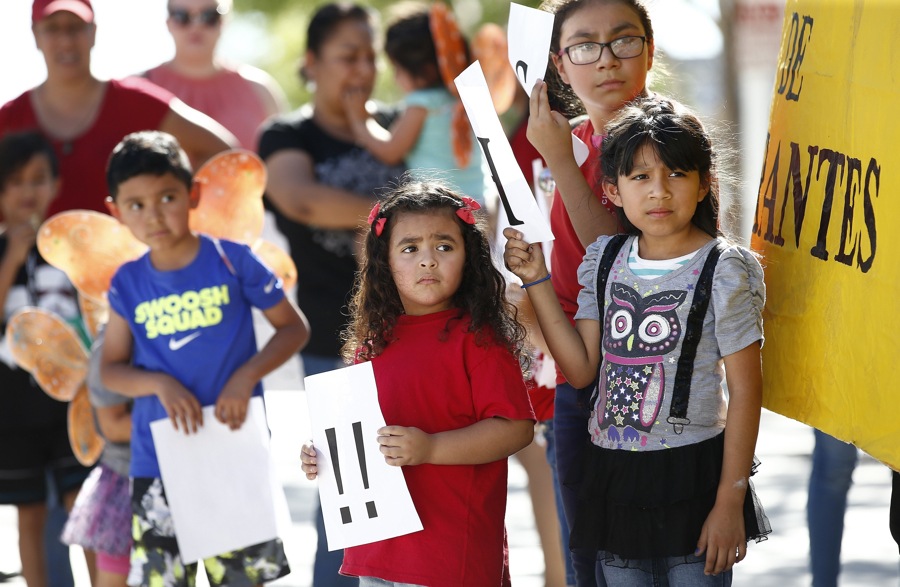 Update: Boston will join protests around the country with a rally on Saturday, June 30 at City Hall plaza at 11 a.m., according to the American Civil Liberties Union of Massachusetts.

Earlier: If you’ve been following news this week about Trump administration’s brutal family separation policy that is tearing children from their parents’ arms en masse at the southern border, chances are you’re pretty pissed off right now. You aren’t alone. Protests focused on the deepening crisis are being organized around the country, including in Boston.

On Wednesday, June 20, the American Civil Liberties Union of Massachusetts, the Massachusetts Immigrant and Refugee Advocacy Coalition, and others, have organized a demonstration outside the State House calling on legislators to pass the Safe Communities Amendment, a measure that would restrict local law enforcement cooperation with federal immigration authorities and prohibit officers from asking about immigration status. The amendment passed in the Senate in May but has not been taken up by the House. Gov. Charlie Baker has threatened to veto it.

Protesters plan to gather at the State House at 12:30 p.m., then make their way inside to lobby lawmakers. By Wednesday morning more than 1,000 people said on Facebook they planned to attend and more than 5,000 indicated they were interested.

“Toddlers are being torn from their mothers’ arms. Children are being put in cages and warehoused at an old Walmart. Asylum-seekers escaping domestic abuse and gang violence are being turned away. And right in our communities, families are being torn apart every day by overzealous immigration enforcement. It’s morally abhorrent,” organizers wrote on Facebook. “We’re NOT going to let them get away with this.”

Boston will also take part in protests planned nationwide on Saturday, June 30 under the banner #FamiliesBelongTogether, which MoveOn and the National Domestic announced last night. The local event is being organized by March Forward Massachusetts.

An exact time and location has not been announced, but a Facebook event page for the rally says organizers plan to start at noon. So far, more than 2,000 people have said they are interested. The group has asked attendees to RSVP ahead of time.

“Our federal government is ripping families apart,” organizers wrote on Facebook. “June 30 protests are being planned across the nation, as the culmination of actions at border facilities and detention centers in the days and weeks to come. Together, we will raise our voices in opposition. We will let the world know that we do not accept such horrific and callous policy, and we will remain active until the administration ends this cruel practice.”