The secretary of homeland security left MXDC in response to chants regarding the Trump administration's "zero-tolerance" immigration policy. 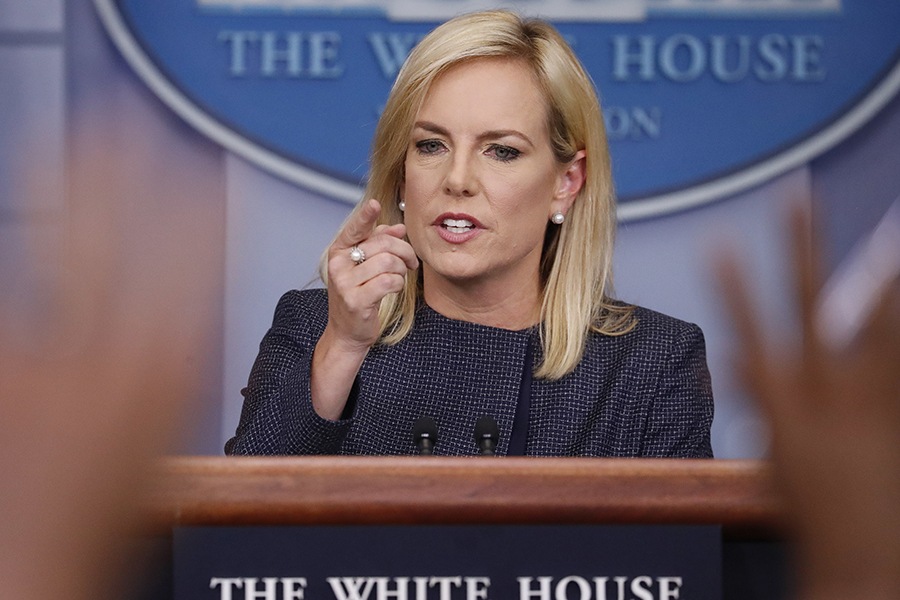 Secretary of Homeland Security Kirstjen Nielsen fled a restaurant led by Boston based-chef Todd English on Tuesday night—but it had nothing to do with his cooking.

A group of protesters confronted Nielsen over the Trump administration’s “zero-tolerance” immigration policy while she was eating at MXDC, a Mexican restaurant in Washington, D.C., where English is the executive chef.

Earlier this week, the secretary took the podium at the White House press briefing to discuss the controversial policy, blaming Congress for failing to solve the problem; arguing that Team Trump is merely continuing the practices of previous administrations; and referring to kids who have been separated from their parents as “alien children.”

Metro D.C. Democratic Socialists of America, which claimed responsibility for the protest, said in a statement that disrupting the secretary’s dinner pales in comparison to the actions at the border that she is complicit in.

“We will not stand by and let Secretary Nielsen dine in peace, while she is directing her employees to tear little girls away from their mothers and crying boys away from their fathers at our boarder,” Margaret McLaughlin, a member of the Metro DC DSA steering committee, said in a statement. “While Secretary Nielsen’s dinner may have been ruined, it is nothing compared to the horrors she has inflicted on innocent families.”

Department of Homeland Security spokesman Tyler Houlton acknowledged the protest on Twitter, writing that Nielsen “and her staff heard from a small group of protestors who share her concern with our current immigration laws.” He said in a statement that Nielsen encourages those who are upset by the policy to reach out to members of Congress.

Separating children from their parents at the border is not required by law.

On Wednesday, President Trump said he plans to sign an executive order to end the separation policy, the Associated Press reports.