Celtics Legend Kevin McHale Was Spotted at a Trump Rally

Twitter users found McHale in a crowd photo from a rally for President Trump. 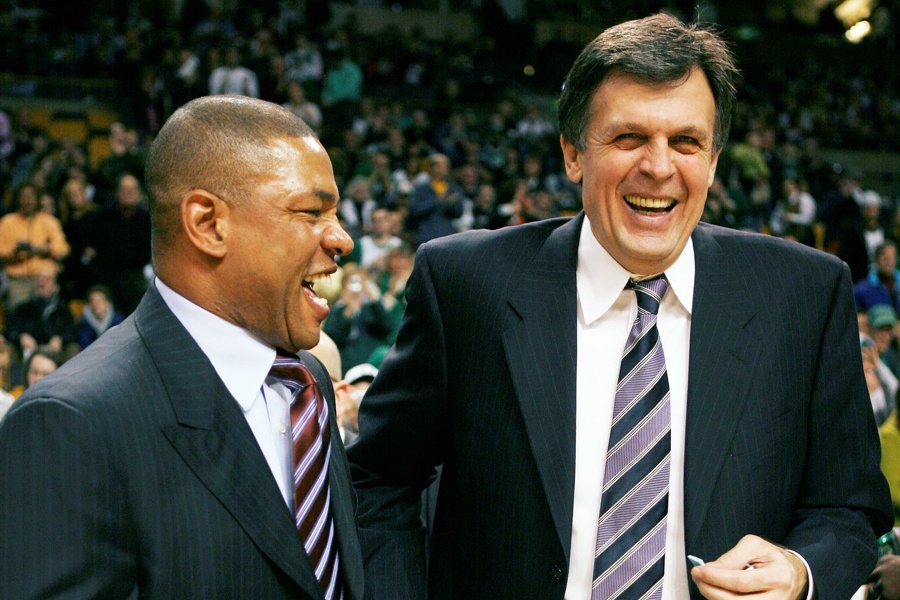 Photos from last night’s Trump rally in Duluth, Minnesota had all the hallmarks we’ve come to expect from these things: A sea of red “Make America Great Again” hats; a frenzied, conspicuously pasty crowd; dudes getting mad at the news.

Yep, everything appears to be in order here.

But… wait a minute. Is that content-looking man among the crowd Celtics legend, former coach, and NBA broadcaster Kevin McHale?

It appears so. Twitter users spotted the Hall of Famer—who played for the Celtics from 1980 to 1993 and went on to coach the Minnesota Timberwolves and Houston Rockets before his current gig calling NBA games for NBA TV and NBA on TNT—in a picture tweeted by a photographer for the Minnesota Star Tribune.

As you can imagine, the MAGA community is thrilled by this news. For many, though, strolling into one of these spectacles at the height of a controversy over Trump-enabled separation of thousands of children from their parents seemed a pretty brash move for a sports celebrity and TV personality.

“If Kevin McHale actually showed up to Trump’s rally in Duluth today with everything that is happening now and what Trump’s done and stands for, yeah he’s cancelled,” wrote sports talk radio host Henry Lake. “One of my childhood idols, Kevin McHale, just kicked six year old me right in the gut and I feel it 32 years later. With interest,” wrote a fan in a widely shared tweet, adding, “Fuck you, Kevin.”

I’d love to get definitive confirmation. But if Kevin McHale actually showed up to Trump’s rally in Duluth today with everything that is happening now and what Trump’s done and stands for, yeah he’s cancelled. pic.twitter.com/A99QSV56s4

It hasn’t been confirmed whether the man in the photo was actually McHale, or just someone who looks exactly like him (an email to Turner Sports seeking clarification was not immediately returned). But as evidence that it was extremely likely to be the NBA great, many pointed to tweets from an account that appears to be run by his wife, Lynn. Until the account was deleted, it featured garden variety MAGA stuff—comparing the child detention centers at the border to day care, etc.—and yesterday included tweets about being on the way to the Duluth rally. “Heading there now,” the user wrote, adding, “Wish I could live stream.”

Meanwhile, a different Kevin McHale, the one who starred in the hit TV show Glee, has pointed out that he was not at said Trump rally to clear up any confusion.

If you’re looking for a different Kevin McHale to support, one who most definitely would never attend a Trump rally or align himself with racists, etc., I’m still here. 👋