Sen. Elizabeth Warren, Rep. Katherine Clark, and Rep. Mike Capuano traveled to McAllen, Texas, over the weekend to get a first-hand look at the nation's immigration crisis. 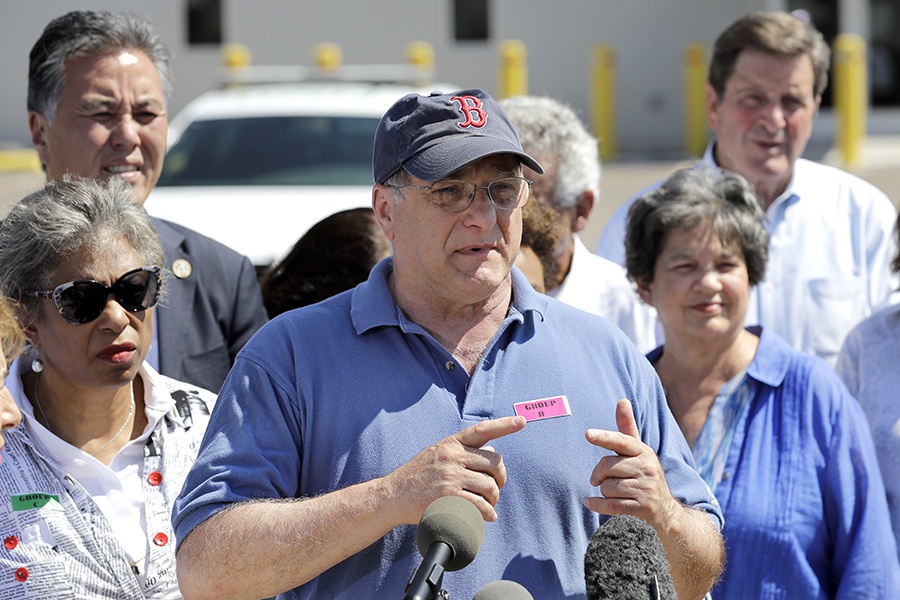 Three members of the Massachusetts Congressional delegation visited the border this weekend to see the immigration crisis first-hand and to demand reform from the Trump administration.

Sen. Elizabeth Warren, Rep. Katherine Clark, and Rep. Mike Capuano joined several other members of the Democratic party on a trip to a U.S. Border Patrol Central Processing Center in McAllen, Texas. This visit came in the midst of widespread confusion and outrage over the country’s immigration policy, as Border Patrol officials reacted to the latest missive from the White House.

The trip had an emotional effect on the legislators, and Warren appeared rattled as she told reporters on the scene what she saw inside the facility.

“There are children by themselves. I saw a six-month-old baby, little girls, little boys. There are mothers with their babies and with small children,” Warren said in an interview recorded by CNN. “And they’re all on concrete floors in cages. There’s just no other way to describe it. They’re big, chain link cages on cold, concrete floors.”

Amid intense and sustained pressure, President Trump revised his “zero-tolerance” immigration policy last week and signed an executive order intended to end family separation. Under the new directive, children and their parents are to be detained together.

On Saturday, the Department of Homeland Security said in a statement that the “government knows the location of all children in its custody and is working to reunite them with their families.” In the statement, the department said 522 of the more than 2,000 children who had been separated from their families had already been reunited with their loved ones.

But despite the reported progress, bureaucratic dysfunction rendered many questions posed by the Massachusetts delegation unanswerable. According to the Boston Globe, officials at the border failed to provide adequate information on where and for how long children and families would be held under the updated policy; and some detainees told the legislators that they still hadn’t been put in touch with their children. One woman, Clark said on Twitter, told her that her son had been sent to New York and that no one had given her information on how to contact him. The facility visit, according to the congresswoman, “confirmed [her] worst fears.”

“The reality is we are imprisoning families that are coming to us for refuge,” Clark said on Twitter. “Instead of helping, we are re-traumatizing them.”

Capuano, too, said in a statement that the visit was emotionally challenging. He wrote on Facebook that the situation is “unacceptable and immoral” and called on the Trump administration to change course.

The trio of legislators follows dozens of other politicians who have traveled to immigration processing facilities in the past month, including Rep. Joe Kennedy, who protested the Trump administration’s immigration policy in west Texas last week.

This post was updated at 9:12 a.m. with comments from Rep. Capuano.