Bill Russell Flipped Off Charles Barkley at the 2018 NBA Awards

The 84-year-old Celtics legend stole the show for the second year in a row and said the gesture was "pure instinct." 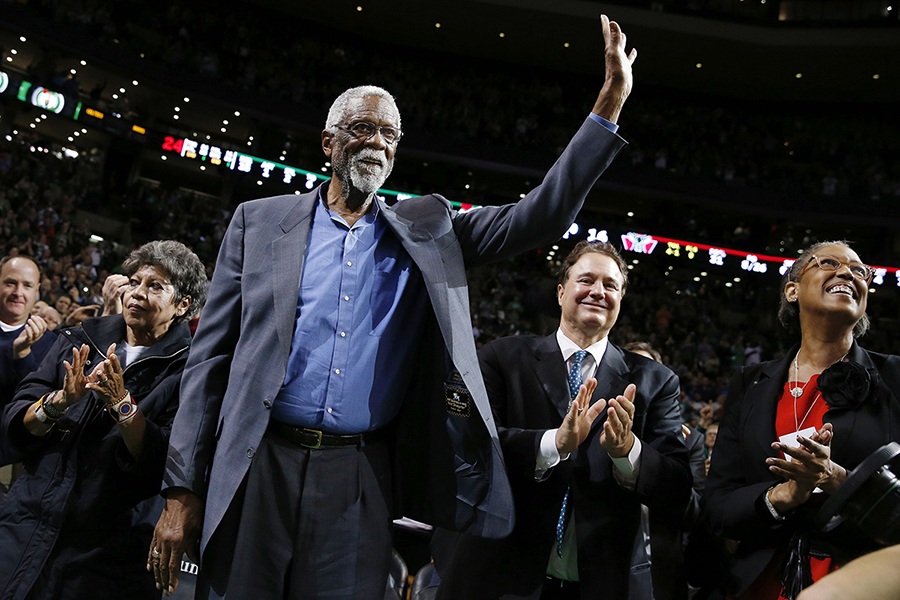 Bill Russell is a bright spot in these dark times.

A camera caught the Celtics legend, an impish grin tattooed across his face, flipping off Hall of Famer Charles Barkley during Monday night’s NBA awards ceremony. The five-time MVP said he hadn’t realized he was on live TV, and later apologized for flipping the bird.

But who could blame him? Apparently, the legend said on Twitter, the gesture was completely involuntary, and it’s merely Russell’s “pure instinct” whenever he’s around Barkley.

Sorry everyone, I forgot it was live TV & I can’t help myself whenever I see Charles it just is pure instinct. @NBAonTNT @NBA #birdman #NBAAwards pic.twitter.com/0zQLvWhuKi

This is hardly the first time Russell has stolen the show during the annual awards. Last year, the then-83-year-old national treasure issued a serving of smack talk to five of the most prolific centers in NBA history. Cane in hand, he addressed Kareem Abdul-Jabbar, Alonzo Mourning, Dikembe Mutombo, Shaquille O’Neal, and David Robinson, telling each of them, “I would kick your ass.”

The line was an instant classic.

Monday night’s award show was otherwise a snooze-fest for the Celtics, who didn’t take home any trophies. Brad Stevens lost coach of the year honors to Dwane Casey, who led the Toronto Raptors last season. And the 76ers’ Ben Simmons was named rookie of the year over Jayson Tatum.